Mathew D. McCubbins, an interdisciplinary scholar whose work explores the intersections of law, business and political economy, joined the Duke Law faculty in 2013 and will be directing the Center for Law and Democracy at Duke.  He holds a joint appointment in Duke University’s Department of Political Science.  He previously was the Provost Professor of Business, Law and Political Economy at the University of Southern California and Director of the USC-Cal Tech Center for the Study of Law and Politics at the Gould School of Law at USC.

McCubbins came to Duke after spending 2013-2014 as the W. Glenn Campbell and Rita Ricardo-Campbell National Fellow and the Robert Eckles Swain National Fellow at the Hoover Institution at Stanford University.

McCubbins holds a Ph.D. from the California Institute of Technology.  McCubbins is the co-author of six books: The Logic of Delegation (University of Chicago Press, 1991), winner of the APSA’s 1992 Gladys M. Kammerer Award; Legislative Leviathan (University of California Press, 1993), winner of the APSA’s Legislative Studies Section’s 1994 Richard F. Fenno Jr. Prize; The Democratic Dilemma: Can Citizens Learn What They Need to Know? (Cambridge University Press, 1998); Stealing the Initiative (Prentice-Hall 2000); Setting the Agenda: Responsible Party Government in the US House of Representatives (Cambridge University Press, 2005), winner of the APSA’s Leon Epstein Award; and Legislative Leviathan, Second Edition (Cambridge University Press, 2006). He is also editor or coeditor of eight additional books and has authored or coauthored more than 100 scientific articles, book chapters, and encyclopedia entries, in political science, economics, computer science, cognitive science, and biology, with one winning the Congressional Quarterly Prize for best article on legislative politics and another winning the SPPQ Award for best article on state politics. He has authored more than three dozen articles in law reviews or law journals.  He has published under the nom de plume of McNollgast with his coauthors Roger Noll and Barry Weingast.

Mat served as a co-editor of the Journal of Law, Economics & Organization for eight years (Oxford University Press).  He served on the Board of the Society on Empirical Legal Studies for six years. He is presently a co-editor of the Journal of Legal Analysis (Oxford University Press) is a co-network director for the Political Science Network (PSN) within the Social Science Research Network (http://www.ssrn.com/psn/index.html).  Home page; Google Scholar page; Wikipedia page. 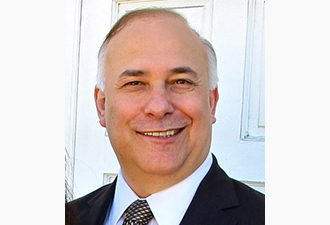