Powell has served in a variety of positions in federal and state government during his career. He served in the U.S. Department of Justice in various capacities from 1993 to 2000, and again in 2011-12. In 1996, he was the principal deputy solicitor general. He has briefed and argued cases in both federal and state courts, including the Supreme Court of the United States. In the early 1990s, he was special counsel to the attorney general of North Carolina.

His scholarship has addressed the history and ethical implications of American constitutional law, the powers of the executive branch, and the role of the Constitution in legislative and judicial decision-making, among other subjects. His recent books include The Practice of American Constitutional Law (2022); Targeting Americans: The Constitutionality of the U.S. Drone War (2016); The President as Commander in Chief: An Essay in Constitutional Vision (2014), Constitutional Conscience: The Moral Dimension of Judicial Decision (2008) and No Law: Intellectual Property in the Image of an Absolute First Amendment (2009), which he co-authored with Duke Law Professor David Lange.

Powell holds a bachelor’s degree from St. David’s University College (now Trinity St. David) of the University of Wales; a master’s degree and PhD from Duke University; and a Master’s of Divinity and JD from Yale University. He was a law clerk to Judge Sam J. Ervin III of the U.S. Court of Appeals for the Fourth Circuit. He has received numerous awards and honors including, in 2002, Duke University’s Scholar/Teacher Award. Powell currently serves as series editor of the Carolina Academic Press Legal History Series. 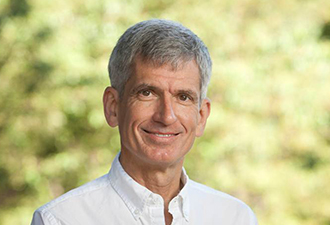 "I am especially concerned in my legal scholarship with the role of the United States Constitution in the activities of the legislative and executive branches of the federal government.

As someone interested in theological issues, I am intrigued with poetry as a mode of expressing faith, and I hope to publish on that.

Perhaps my oldest and most abiding intellectual interest is in Byzantium."