James D. Cox is the Brainerd Currie Professor of Law at Duke Law School where he specializes in the areas of corporate and securities law. Cox has published extensively in the areas of market regulation and corporate governance and has testified before the U.S. House and Senate on insider trading, class actions, and market reform issues. In 2009, he was appointed to the Bipartisan Policy Center's credit rating agency task force.

Lawrence G. Baxter rejoined the Duke Law faculty in 2009 as a visiting professor of the practice of law. He was a member of Duke Law’s governing faculty from 1986 to 1995 before joining Wachovia Bank, first serving as special counsel for strategic development and then as corporate executive vice president. He also founded Wachovia’s Emerging Businesses and Insurance Group and eBusiness Group and served as chief eCommerce officer from 2001 to 2006.

Stuart M. Benjamin holds the Douglas B. Maggs Chair in Law at Duke Law School. He recently served as the Federal Communications Commission’s first Distinguished Scholar in Residence and spent the spring 2010 semester in Washington, D.C., working in the FCC’s Office of Strategic Planning on issues relating to spectrum policy and the First Amendment.

John de Figueiredo is professor of law and business at Duke. He studies competitive strategy, political and legal strategy, law and economics, and the management of innovation. His current work examines corporate legislative and regulatory lobbying behavior in telecommunications, health care, and other high technology industries. Prior to joining Duke Law School in 2010, he was an associate professor of strategic management and associate professor of law at the UCLA Anderson School. 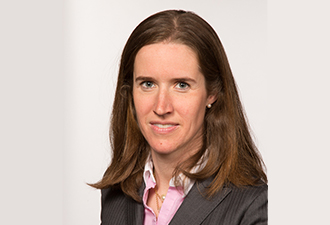 Andrew Foster is a clinical professor of law and director of Experiential Education and Clinical Programs. He also serves as director of the Law School’s Community Enterprise Clinic, and teaches non-clinical courses in community development law and other substantive areas. Prior to joining the Law School faculty, Foster practiced law with Womble Carlyle Sandridge & Rice, PLLC, where he was a founding member of the firm’s community development law team.

Paul H. Haagen is a professor of law and senior associate dean for academic affairs at Duke Law School. His scholarly interests include contracts, jurisdiction, arbitration, and sports law. He is co-director of the Duke Center for Sports and the Law and chair of Duke University’s student athlete counseling committee. He is a member of the American Law Institute and the Sports Law Reporter Advisory Board.

Kip Johnson was the founding director of the Start-Up Ventures Clinic which he co-taught during its pilot phase in the spring 2011 semester. Johnson is also a founding partner of the Morningstar Law Group in Morrisville, N.C., and an experienced securities and technology attorney.

Arti K. Rai, the Elvin R. Latty Professor of Law at Duke Law School, is an expert in patent law, administrative law, law and the biopharmaceutical industry, and health care regulation. From 2009 to 2010, Rai served in the United States Patent and Trademark Office as Administrator of the Office of External Affairs. As such, she was the agency's chief liaison to Congress, other executive-branch agencies, and international institutions on matters of intellectual property and innovation policy.

Jeff Ward is an associate clinical professor of law and director of Duke’s Center on Law & Technology, which coordinates Duke’s leadership at the intersection of law and technology. Previously, Ward was director of the Start-Up Ventures Clinic, supervising attorney in the Law School’s Community Enterprise Clinic, and an associate with the Chicago office of Latham & Watkins, where he focused on M&A and capital markets transactions.

John C. Weistart is a professor of law and a 1968 graduate of Duke Law School. He is a consultant to the Federal Trade Commission and is a frequent commentator on issues of business and culture. His teaching and research focus on the areas of commercial paper, secured transactions, contracts (including sales), credit transactions, antitrust, athletics and the legal process, and labor law.