Laurence R. Helfer is an expert in the areas of international law and institutions, international adjudication and dispute settlement, human rights (including LGBT rights), and international intellectual property law and policy. He is co-director of Duke Law's Center for International and Comparative Law and also serves as a Permanent Visiting Professor at the iCourts: Center of Excellence for International Courts at the University of Copenhagen, which awarded him an honorary doctorate in 2014.

Helfer was nominated by the United States as a candidate for the UN Human Rights Committee.  He was elected by the states parties to the International Covenant on Civil and Political Rights in 2022 and is serving as a member of the Committee from 2023 to 2026. He recently completed a four-year term as co-Editor-in-Chief of the American Journal of International Law.

Helfer holds a JD from New York University, where he graduated Order of the Coif and was articles editor of the New York University Law Review. He also holds an MPA from Princeton University, where he was a Woodrow Wilson Fellow, and a BA from Yale University. He served as a law clerk to Chief Judge Dolores K. Sloviter of the U.S. Court of Appeals for the Third Circuit. Before beginning his academic career, Helfer practiced with the New York law firm of Rabinowitz, Boudin, Standard, Krinksy & Lieberman, P.C., focusing on international law, intellectual property litigation, and civil liberties. 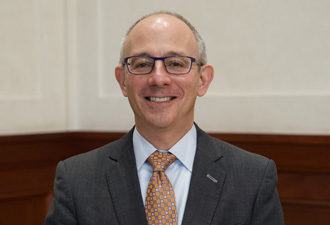