Supply Chain Disruption: The U.S., China, Taiwan, and the Future Structure of the Global Semiconductor Industry 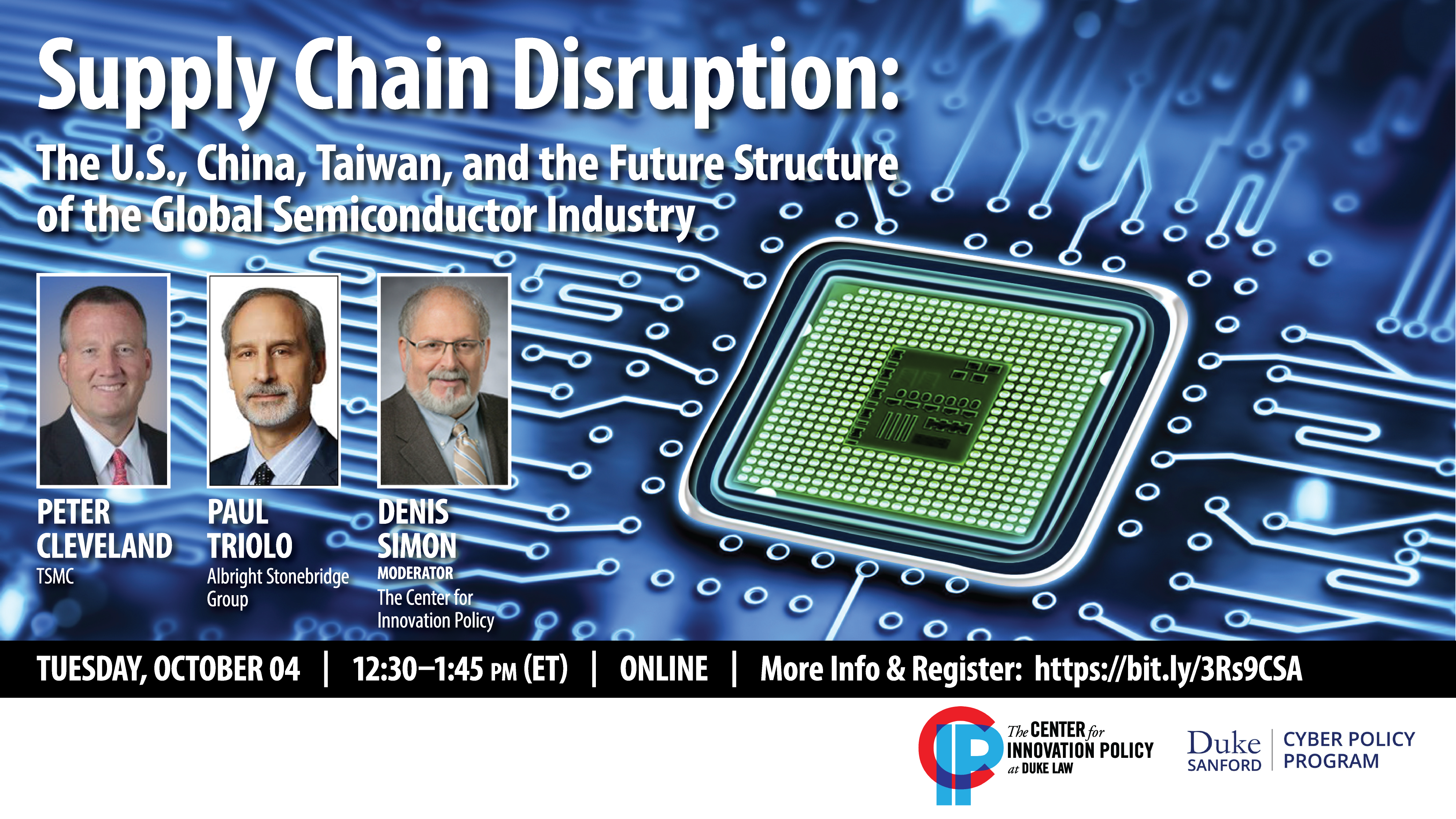 Semiconductors have become the core building block technology supporting the fourth industrial revolution, including cutting edge fields like artificial intelligence, quantum computing, robotics, bioinformatics, and advanced telecommunications. The supply chain that underpins the global semiconductor industry entered a period of significant disruption as a result of the Covid global pandemic and dramatic changes in the nature of China’s technology relations with the U.S. and its allies. What was once a seemingly steadily growing, mutually beneficial relationship has developed into a competitive environment. China has stepped up its overall efforts to promote greater technological self-reliance in this critical sector, and the U.S. has pursued policies designed to diminish China’s access across multiple elements of the semiconductor industry. And the recent tensions between the U.S. and China over Taiwan have added a new layer of complexity. TSMC is the world's most advanced chip manufacturer, and actions against Taiwan would raise significant questions about the island’s continued central role within the global supply chain for semiconductors.

In light of these recent developments, and the recent enactment of the CHIPS Act, the Center for Innovation Policy at Duke Law and the Sanford Cyber Policy Program will host a series of events on the policy issues surrounding semiconductor manufacturing and supply chain. The first such event will be a webinar on October 4 from 12:30pm to 1:45pm EDT via zoom that will bring together two experts on the evolving structure and operation of the supply chain for the semiconductor industry. They will address key questions, such as: What impact will US actions to limit China's access to technology have on China's competitive position with respect to semiconductors vis-à-vis the U.S. and the rest of the world? What impact will the U.S. CHIPS Act have? What possible developments are most likely to dramatically alter the semiconductor industry including the role of Taiwan and TSMC? How should we understand the long-term trajectory of the semiconductor industry, particularly with respect to the U.S., China, and Taiwan.

Peter Cleveland serves as Senior Vice President at Taiwan Semiconductor Manufacturing Company Limited (TSMC), the largest semiconductor foundry in the world. He provides advice to the CEO and Management Committee. TSMC makes advanced chips and maintains a $600 billion market capitalization. Prior to joining TSMC, he served sixteen years in the U.S. Senate. In private legal practice, he focused on corporate finance matters. He has chaired the BOD of key trade associations, such as the Information Technology Industry Council and Trans-Atlantic Business Council. He is a Member of the New York and Washington, DC Bars and the Council on Foreign Relations.

Paul Triolo is Senior Vice President for China and Technology Policy Lead at Albright Stonebridge Group. He advises clients in technology, financial services, and other sectors as they navigate complex political and regulatory matters in China and around the world. A recognized expert in global technology policy, Mr. Triolo was most recently founder, Practice Head, and Managing Director of the Geo-Technology practice at Eurasia Group. Previously, he spent more than 25 years in senior positions in the U.S. government, analyzing China’s rise as a technology power and advising senior policymakers on a broad set of technology-related issues. He is a member of the Council on Foreign Relations.

Denis Simon serves as the Executive Director of The Center for Innovation Policy at Duke Law. He is also Senior Adviser to the President for China Affairs at Duke University and holds a faculty appointment in the Fuqua School of Business. Previously, he served as Executive Vice Chancellor at Duke Kunshan University, held senior administrative appointments at several universities, and senior management positions in various corporate groups. Dr. Simon received the prestigious “China National Friendship Award” from Premier Wen Jiabao in 2006. His research focuses on developing innovation policy and high-end talent in China and East Asia.

Receive the latest updates from the Center for Innovation Policy in your inbox!