Professors David Lange and Laura Underkuffler were honored with distinguished chairs on May 3 at a Duke University ceremony. 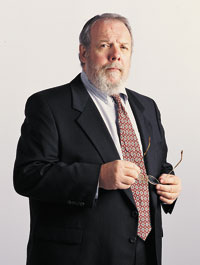 Lange was awarded the Melvin Shimm Professorship, a chair endowed by alumni and friends of the Law School to honor the outstanding career of the late Professor Melvin Shimm, a member of the faculty from 1953 to 1996. A renowned scholar of intellectual property, Lange joined the Duke faculty in 1971, having practiced entertainment law and worked in the motion picture industry. He is the co-author of Intellectual Property: Cases and Materials, now in its second edition, its Supplements, and numerous articles and essays, among them the seminal 1981 article “Recognizing the Public Domain,” which challenged scholars to consider the threat to the public domain caused by an over-emphasis on intellectual property rights. 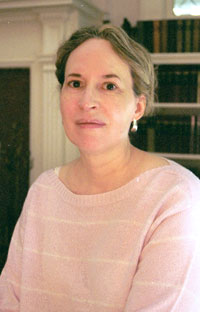 Underkuffler was honored with the Arthur Larson Professorship, which commemorates the distinguished career of the late Professor Arthur Larson, who taught at the Law School from 1958 to 1980. A faculty member since 1990, Underkuffler is a scholar of property law and theory, constitutional law, and the role of moral decision making in law. She also is a prolific author; her book, The Idea of Property: Its Meaning and Power, won the 2003 Dean’s Prize for Faculty Scholarship, and another, Captured by Evil: The Idea of Corruption in Law, is forthcoming.

“David Lange’s conceptualization of the public domain changed the basic fault lines of intellectual property law; Laura Underkuffler’s rethinking of the foundations of property has shaken up fundamental premises about property law,” said Dean Katharine Bartlett. “Each of them exemplifies the kind of scholarly influence that chaired professorships are intended to honor. I congratulate them both.”