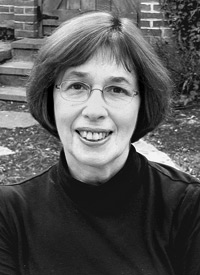 Linda Greenhouse will discuss her 27-year career as Supreme Court correspondent for The New York Times on February 13, taking part in the Program in Public Law’s "Great Lives in the Law" series. Douglas B. Maggs Professor of Law Walter Dellinger will interview Greenhouse at noon, in room 3041.

Greenhouse won the Pulitzer Prize in 1998 for her "consistently illuminating" coverage of the Court. She has also headed The New York Times’ legislative bureau in Albany.

A graduate of Radcliff College, where she is a member of the advisory committee to the Schlesinger Library on the History of American Women, Greenhouse earned a Master of Studies in Law from Yale Law School. Among her numerous honors, she has received an honorary Doctor of Humane Letters from Brown University and the Goldsmith Career Award for Excellence in Journalism from the Kennedy School of Government at Harvard.

Sponsored by the Program in Public Law, the Great Lives in the Law series features comment and reflection from individuals who have participated in or have been closely connected to the development of legal institutions and laws. Previous participants in the series have included the late Chief Justice of the United States William Rehnquist, civil rights lawyer Julius Chambers, Associate Supreme Court Justices Sandra Day O’Connor and Ruth Bader Ginsburg, historian John Hope Franklin, and former U.S. Attorney General Janet Reno.