In 1992, Colorado voters passed Amendment 2, a measure that would forbid state and local governments from passing laws to ban discrimination against gays. Gay rights groups sued to overturn the law, which had been promoted by Colorado for Family Values, an evangelical Christian group based in Colorado Springs. Governor Roy Romer, who strongly opposed Amendment 2, was required to defend its constitutionality all the way to the Supreme Court. 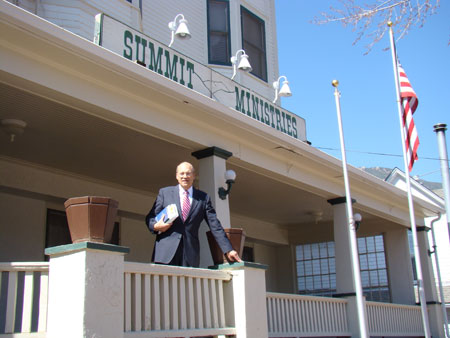 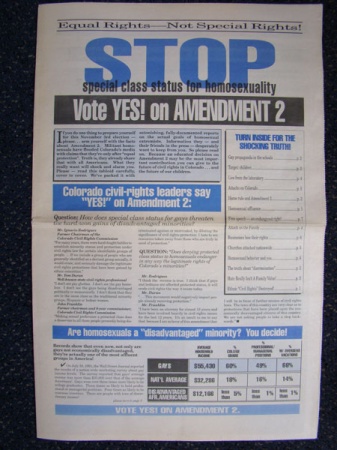 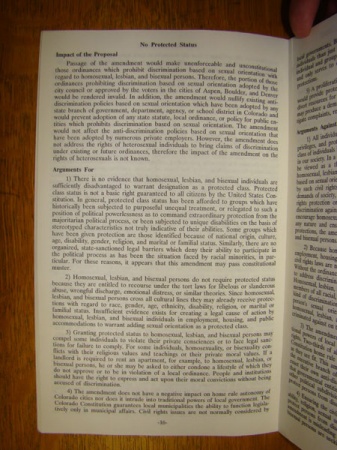 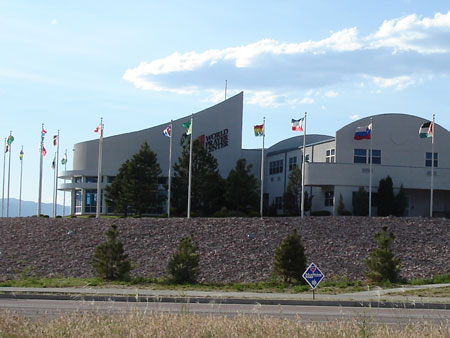 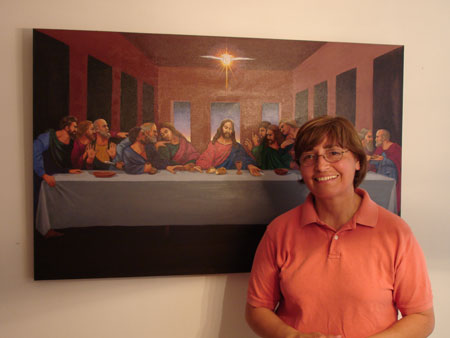 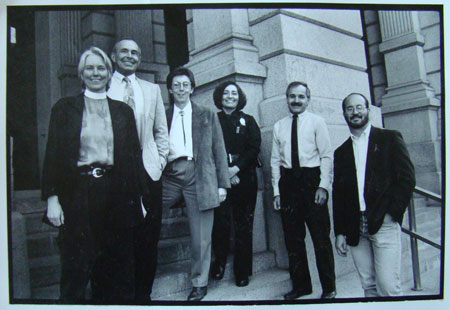 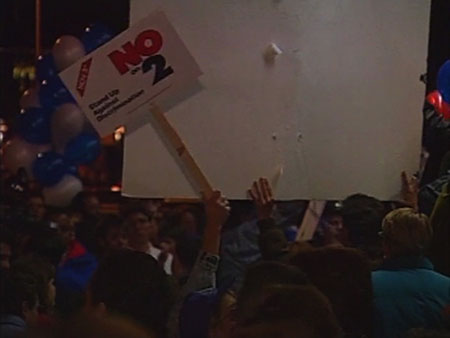 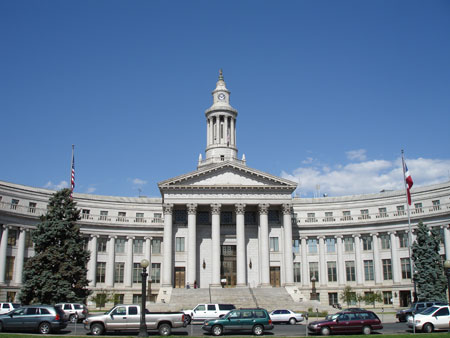 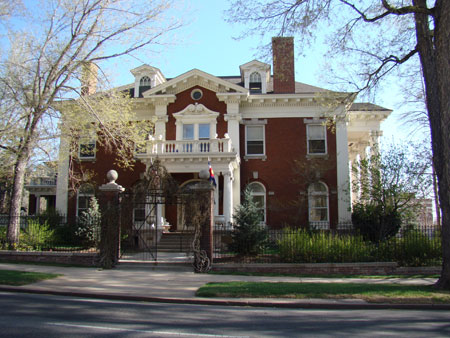 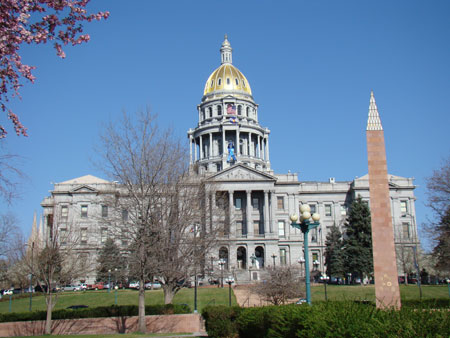 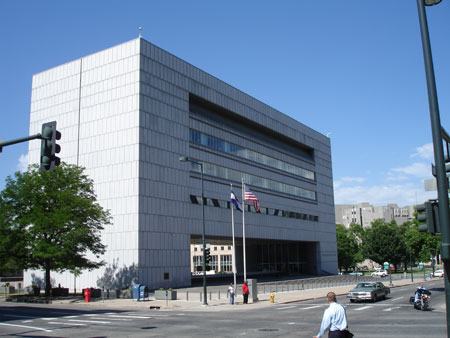 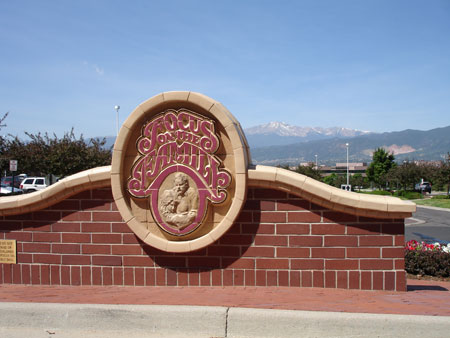 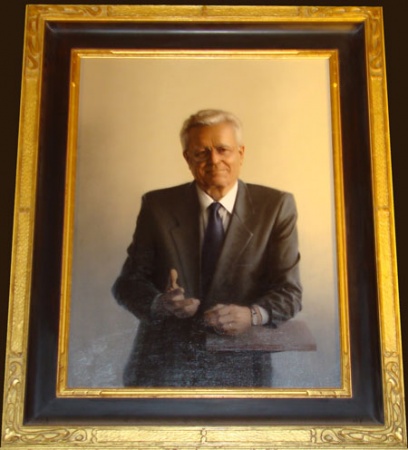 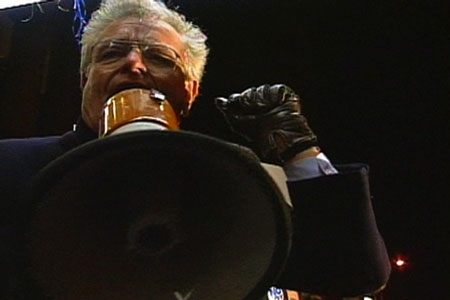 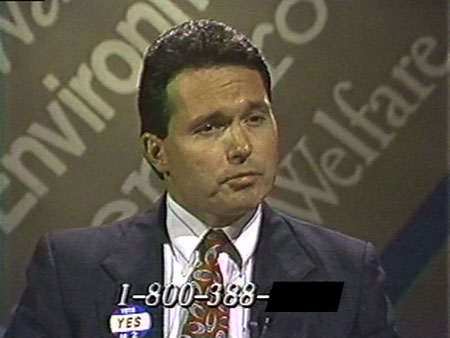