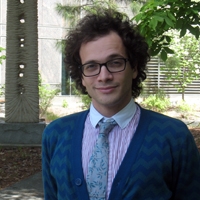 A classically trained concert pianist, Slavik Gabinsky was admitted to the world’s top conservatories, including Juilliard, the New England Conservatory, and Oberlin, at the age of 17 and seriously considered a performance career. He opted to take an academic scholarship to Emory University instead. “It meant I wouldn’t make my living as a performer, and I wasn’t sure what career I would pursue,” he says. “But it seemed like a great way to explore my options.”

That exploration will take Gabinsky to London in the fall to practice transactional law with Allen & Overy LLP (A&O).

“To be honest, [the performing arts] kind of fit in with learning how to become a lawyer. As a lawyer, you always have to be aware of your audience, of your presentation,” says Gabinsky. “I also really like the strategy element of transactional law, the almost mathematical aspect of constructing a deal. A lot of transactional work is seeing five moves ahead.” That ties into another of Gabinsky’s talents — he was a nationally ranked chess player as a teenager.

“That course is really what inspired me to do this type of work. Professor Beason is a mediator, and the ability to find an agreement between two sides is fascinating. It takes such mental dexterity to find common ground. That relates back to transactional law as well, especially in a global market, where you have people coming in from different countries and cultures.” A native of Russia who moved to Atlanta when he was nine, Gabinsky says he expects his fluent Russian to help him navigate international deals while at A&O.

Gabinsky still performs piano concerts, most recently for the Atlanta Mozart Society, and he was one of seven national finalists in the Steinway piano competition in 2004 and 2007. He cites Mozart, Chopin, Prokofiev, and Rachmaninoff as composers whose work is of particular interest to him. “Atlanta and Salzburg, Austria are sister cities, and the Mozart society in Atlanta is very active,” he says. “In 2007, I won their Mozart competition, so I guess you could say I’ve been critically acclaimed for Mozart, but on any given day I might call a different composer my favorite.”

He has been generous in sharing his talents with his colleagues at Duke Law, even auctioning off concerts to raise money for the Public Interest Law Foundation. But Gabinsky says his most satisfying artistic achievement during his time at Duke Law was directing, co-writing, co-producing, and performing in “Tricky Dick,” the Law School’s first variety show/musical revue, put on by the Duke Law Drama Society and sponsored by A&O.

“The basic story is that Richard Nixon comes back to Duke Law School as a 1L, and he decides to run for DBA president,” Gabinsky explains with a grin. “Only he does musical numbers.”

“There was a cast of over 50 people, so we tried to incorporate people from as many organizations as possible,” Gabinsky says. “We had OCI segments, classroom segments. It was funny and musical, but it all connected back to Law School life as is. In the play we actually expel Nixon for breaking into the registrar’s office to try to find out his grades.”

Gabinsky was delighted by the enthusiastic response of his fellow students, and says he expects to continue performing even as he embarks on a legal career.

“A&O is very arts-oriented,” he says. “They just put on a production of The Magic Flute, and they have a Gilbert and Sullivan society.”