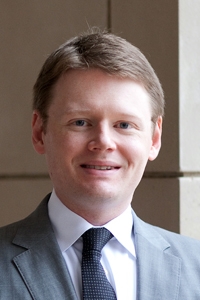 Join Pierre-Hughes Verdier for a lunchtime faculty workshop on a paper titled “How Does Customary International Law Change? The Case of State Immunity.” This lecture is co-sponsored by CICL and the Center for Judicial Studies. The paper is available on SSRN and will be distributed to attendees prior to the workshop.

Abstract
Customary international law (CIL) is the general and consistent practice of states followed by them from a sense of legal obligation. While CIL is a widely accepted source of international law, it is poorly understood and has so far eluded systematic empirical analysis. We develop a theory of why and how CIL changes and test the observable implications of this theory with newly collected data on the CIL rule of sovereign immunity, under which states are immune from the jurisdiction of domestic courts in other states. The data document if and when states switched from the older rule of absolute immunity to restrictive immunity, which carves out exceptions for commercial activity.

Existing theories model CIL as a stable cooperative equilibrium in a repeated prisoner’s dilemma enforced primarily by targeted reciprocity and retaliation. In contrast, we argue that several features of CIL reduce the effectiveness of such strategies as a source of norm stability. Our model suggests instead that the potential precedential effects of defection determine the stability of CIL norms. States derive less benefits from absolute immunity the fewer of their trading partners practice it. Thus, states know that their decision to defect affects the decisions of others. This might lead them to practice absolute immunity at home if their preference for enjoying absolute immunity abroad is sufficiently high.

We test these ideas using new data on the sovereign immunity practices of 121 states. We find no evidence that defectors were punished with reciprocal behavior or retaliation. Instead, our regression analyses find that states became more likely to switch as the amount of foreign activity within their borders increased and as more of their export partners switched. Early defectors were generally small countries, which is inconsistent with threats of retaliation being the source of norm stability but supports the idea that countries whose behavior has small expected precedential effects defect first. Qualitatively, decisions to defect were motivated with reference to precedents set by other states generally, rather than as responses to specific instances of defection.

After graduating from McGill University’s Faculty of Law in 2001, Verdier clerked for the Supreme Court of Canada, practiced corporate and financial law with Cleary Gottlieb Steen & Hamilton in New York City, and pursued graduate legal studies at Harvard, where he was a John M. Olin Fellow in Law and Economics. Prior to joining the faculty, he also was affiliated with the Weatherhead Center for International Affairs and taught at Boston University School of Law.