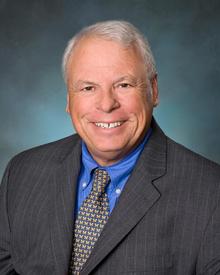 Over the course of his 37-year career in environmental law, Roger Ferland represented chemical plants, waste-management facilities, aerospace manufacturers, copper smelters, and large utilities, as well as local governments and Native American tribes.  He has also been a longtime leader of Arizona Audubon, spearheading their effort to establish an inner-city nature center where children could connect with their surroundings and learn about conservation.

“Working in the area of environmental litigation cannot be viewed as a matter of moral right and wrong,” says Ferland, who recently retired from partnership at Quarles & Brady’s Phoenix office. “A company subject to environmental regulations may see those regulators as evil or unnecessary, but we’ve got to stop thinking in those terms. These issues can have equally reasonable positions on both sides, [so] the trick is to devise win-win resolutions.”

Water scarcity in the Western United States is one of these issues, says Ferland. “There are more legitimate uses for water than there is water,” he explains. “And the question is, who gets it? How much do we allocate to preserve natural habitats? In the past the allocation of water resources was seen as a purely economic determination — either ‘first in time, first in right’, or ‘all reasonable uses have the same rights’. Neither criteria for allocation works where natural values are at stake.”

Ferland, who in 2003 was honored by the State Bar of Arizona’s Environmental & Natural Resources Law Section with its inaugural Michael J. Brophy Distinguished Service Award, has excelled at finding workable compromises and building consensus among his clients, the regulatory community, and the public.

“God gave me a very limited number of skills,” he jokes. “I’m a lawyer because negotiation is one of them.”

Ferland developed his advocacy abilities early as a top debater in high school in Phoenix and later at Lewis & Clark College. During combat in Vietnam, where he served as a squad leader and platoon sergeant, and afterward as he recovered from losing both legs in an explosion that also badly injured one arm, he learned tenacity and resilience. A photo taken of him in hospital shows him flashing a peace sign and grinning broadly.

“Not having legs, I knew I could still be a lawyer,” says Ferland, who received the Bronze Star for combat heroism as well as the Purple Heart and Combat Infantry Badge. Still, law school posed new challenges.

“When I began law school, I’d done no analytical thinking for three years, and no writing other than the letters I’d written to Sandy,” he says, referring to his wife of 42 years who passed away in 2012. She was both a staunch supporter and a candid critic. “My first writing assignment, for Professor Reppy in Property, was a disaster,” Ferland says. “Sandy read it over and said she’d be embarrassed if one of her second-grade students had written it. At least I knew where I stood.”

Ferland says he “lucked into” the environmental law field following his graduation. Having assisted a successful gubernatorial campaign in Arizona, he was invited to join the administration as Senior Counsel in the Attorney General's Environmental Protection Section.

“It was everything you dreamed about when you were in law school,” he says of practicing environmental law in the 1970s. “There was a federal structure, but the states and localities filled in the details that made it function. In effect, we made it up as we went along.”

He continued to break new ground in environmental regulation and compliance after entering private practice in 1981. During his long tenure at Quarles & Brady, where he developed and led the Environmental and Natural Resources Law Group in the Phoenix office, Ferland played a key role in negotiations leading to passage of the Arizona Clean Air Act, advised the then fastest growing county in the nation on air quality issues, represented steel manufacturers and utility companies in complying with enforcement actions, and helped the state’s copper smelting industry adapt to federal Clean Air Act regulations.  Smelters in the Southwest still use his methodology for determining air pollution emissions, one based upon analysis that considers variation in emissions and meteorology at isolated sources. “The regulations used to be inflexible, whereas to survive, these companies need regulations that work practically in real-world situations,” he says.

Ferland helped a Native American tribe craft the nation’s first comprehensive tribal implementation plan under the federal Clean Air Act. Tribes must comply with federal law, but Ferland found that they have their own values and unique issues he had to consider while helping them develop their implementation plan.

“Unlike companies, which want everything done yesterday, tribes operate by considering all perspectives on a problem. Reaching consensus in this way takes time,” he says. “Thankfully, the tribe I worked with had strong environmental sensitivity and a good sense of humor. The latter is critical to making progress in any environmental context.”

Now retired from private practice, Ferland has advocated for veterans through chairmanship of the Military Legal Assistance Committee of the Arizona State Bar and outreach through the Disabled American Veterans (DAV). In August he was honored with the DAV National 2014 Outstanding Veterans Award. DAV cited Ferland’s leadership in fighting to establish cost-free legal clinics where Arizona veterans can receive assistance on a range of civilian law issues, including family law, estate planning, and landlord-tenant law.

In a tribute video produced by DAV for the Aug. 9 award ceremony, the executive director of Audubon Arizona, Sarah Parker, also praised Ferland’s initiative in helping to establish the Rio Salado Audubon Center near downtown Phoenix. The Center specializes in hands-on nature and conservation programs for inner city youth.

“He said ‘I never talk about the war.’ … But even in the worst of times, he could take refuge in the beauty of nature whether in Phoenix or in Vietnam. And that’s quintessential Roger — that there’s always something beautiful in nature worth valuing, and Roger’s made this personal commitment to helping find those things,, bring them out, and protect them.” — Caitlin Wheeler ’97