The paper develops arguments as to how global finance can be made part of the solution to greater human rights protection, not just part of the problem. It investigates the relationship between human rights and such matters as remittances, tax regimes, foreign direct investment, debt forgiveness, the management of sovereign wealth funds, innovative development financing, philanthrocapitalism, and the critical differences and connections between the real and paper economies. The relative capacities of global finance to do great harm to human rights as well as its potential to do great good are canvassed, and the role that human rights law and policy does and might play analyzed and assessed.

Professor David Kinley holds the Chair in Human Rights Law at University of Sydney, and is the Law Faculty’s Associate-Dean (International). He is also an Academic Panel member of Doughty Street Chambers in London, the UK’s leading human rights practice. He has previously held positions at Cambridge University, The Australian National University, the University of New South Wales, Washington College of Law, American University, and was the founding Director of the Castan Centre for Human Rights Law at Monash University (2000-2005). He was a Senior Fulbright Scholar in 2004, based in Washington DC, and Herbert Smith Visiting Fellow at the Faculty of Law, University of Cambridge in 2008. He is author and editor of eight books and more than 80 articles, book chapters, reports and papers.

He has worked for 15 years as a consultant and adviser on international and domestic human rights law in Vietnam, Indonesia, South Africa, Thailand, Iraq, Nepal, Laos, China, and Myanmar/Burma, and for such organizations as the UN High Commissioner for Human Rights, the World Bank, the Ford Foundation, AusAID, and the Asia Pacific Forum of National Human Rights Institutions, and a number of transnational corporations, and NGOs. He has also previously worked for three years with the Australian Law Reform Commission and two years with the Australian Human Rights Commission.

His latest publications include the critically acclaimed Civilising Globalisation: Human Rights and the Global Economy (CUP, 2009), Corporations and Human Rights (Ashgate 2009), and The World Trade Organisation and Human Rights: Interdisciplinary Perspectives (Edward Elgar, 2009) Another edited collection entitled Principled Engagement: Promoting Human Rights in Pariah States will be published by UNU Publications in 2011. He is currently working on another book investigating the interrelations between human rights and global finance.

David was born in Belfast, Northern Ireland and brought up there during the 1960s and 70s. He studied in England in the 1980s at Sheffield Hallam University and the Universities of Sheffield and Cambridge, and after obtaining his doctorate from the latter in 1990 he moved to Australia. He now lives in Sydney with his wife and three children. 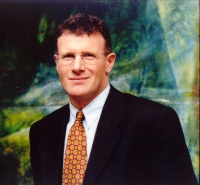