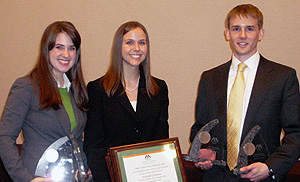 Undefeated in their regional competition, Baucom, Beach, and Lawson also went undefeated in Chicago where they faced six other teams. The five judges presiding over the Chicago arguments selected them as champions by a unanimous vote. 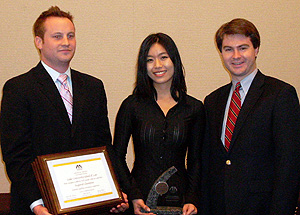 Two Duke Law teams competed in the championship rounds in Chicago on April 9 and 10. The team of Grayson Lambert '12, Leah Shen '11, and Nels Vulin '12 were eliminated by a narrow margin in the round of 16.

Alumni coach Stephen Rawson ’10, who co-chaired the Moot Court Board as a 3L, helped prepare both Duke Law teams for their strong showings at the regional and national levels.