Eighty-eight lawyers from 35 countries are now immersed in courses relating to the U.S. legal system and specialized areas of law as they pursue their LLM degrees at Duke Law. The student-lawyers, who represent every continent except Antarctica and whose ranks includes Duke Law's first student from the Bahamas, began their yearlong program in mid-August.

They bring a wide range of professional experience to their classes, said Associate Dean for International Studies Jennifer Maher ’83. “This class includes students who have worked on environmental health issues in Peru, the Mt. Gox bitcoin crisis in Japan, project finance in Egypt, patent prosecution in Korea, fintech law development in Mexico, and the aviation industry in South Africa,” she said. “Their experience doesn’t just inform their own studies, but adds international perspective to class discussions.”

Maher credited the worldwide network of Duke LLM alumni for helping to recruit a strong class, noting that they often suggest the program to lawyers for whom they serve as supervisors or professors. The current class includes the sister of a graduate from Guatemala and a Taiwanese graduate’s son. 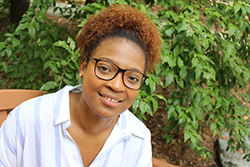 Since 2016, when the river, near her coastal hometown of Quibdo, was afforded environmental protections by Colombia’s Constitutional Court, Cossio has worked with Human Rights Watch at La Gran Universidad de Colombia, her alma mater, to educate people about how the government protects the water and other natural resources. Her work on the issue garnered financial support from the Ford Foundation through Racial Discrimination Watch and the Andes University of Colombia.

“We try to identify the leaders in the community and we give them training,” said Cossio. “We tell them, ‘There is an internationally recognized human right called prior consultation, where the government has to let you have a voice about any project that could affect your environment, and these are the processes and organizations through which you can assert this right.’ We give them the path to follow, and then those leaders go to their communities and teach others.”

Cossio, who also taught at La Gran Universidad de Colombia, said she chose to study law and to subsequently pursue specialized training in human rights and international humanitarian law because of the poverty she saw while growing up in a resource-rich region.

“I saw people around me lacking even basic services, in one of the richest regions of the country,” she said. “I thought that with law, you are more powerful. You learn what your rights are and how you can demand those rights.”

Cossio said that she is at Duke Law to develop the skill-set necessary for looking at local issues from a global perspective, as well as acquiring new tools for achieving greater social impact. “I am grateful for the generous and steady support I have received from Duke Law community,” she added. 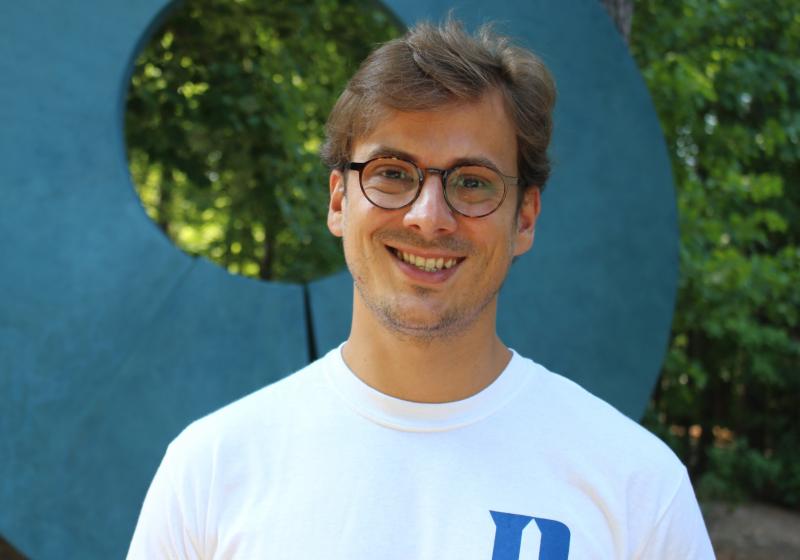 American companies, on how to conduct business in his country. He said the strength of the Law School’s business and corporate law faculty drew him to Duke.

“It made sense to pursue an LLM at a school with such strong faculty in areas relevant to my practice,” he said. “Infrastructure is so important for quality of life. And in a developing country, there is one chance to get it right the first time. Duke has the strong academics to help me go back to Sao Paulo and continue to focus on that.”

Born in Londrina in southern Brazil, Fernandes studied law at Pontifícia Universidade Católica do Paraná before joining a business law and M&A boutique in Sao Paulo. Four years ago he joined Mattos Filho, Veiga Filho, Marrey Jr. e Quiroga Advogados and began his focus on infrastructure projects. Among the projects he worked on were the $208 million acquisition of a Brazilian wind power complex by American company AES and the $272 million investment in Brazil’s power generation sector by the Canada Pension Plan Investment Board.

Immediately prior to arriving in Durham, Fernandes worked for six months at the Spanish firm of Uría Menéndez.

In addition to Duke Law’s academic strength, the quality of life in Durham and the broader Duke University culture also appealed to him, Fernandes said. “Duke seems to have a kind of American campus life which always enchanted me.”

Rupanjali Karthik, an Indian Administrative Service (IAS) officer and special secretary to the Government of Punjab, is pursuing the Environmental Law Certificate program for LLM students, which 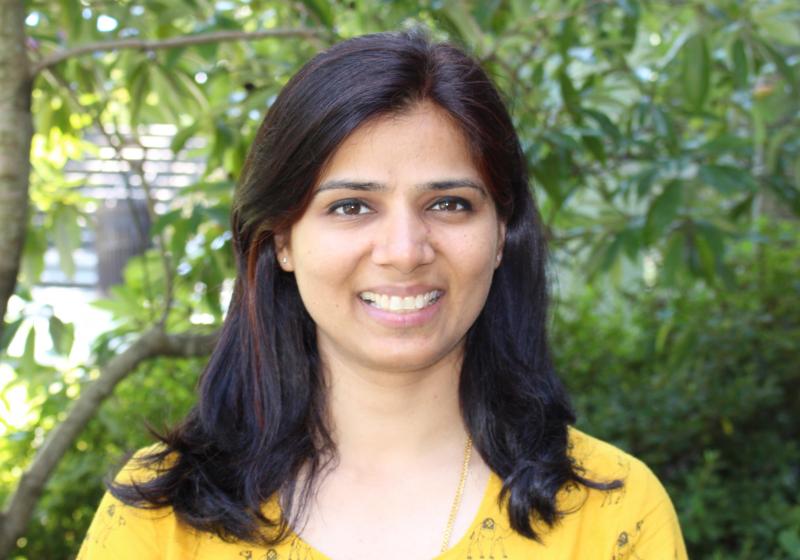 she said will help her in many of her professional endeavors.

“For instance, in 2016, I prepared a district irrigation plan in Punjab state under the Prime Minister’s Agri-Irrigation Scheme,” said Karthik, who received a Master of International Development Policy degree from Duke’s Sanford School of Public Policy in 2018 as a Joint-Japan World Bank Graduate scholar. “At the time when I prepared that report, I was appalled to see the kind of groundwater problem the state is having. Ninety percent of the state’s geographical area is witnessing a water table decline, and according to a recent report, the state’s groundwater is the most contaminated in the country.” Karthik is focusing on courses relating to environmental law with a view to eventually working in the area of water resources. “It is very practical and of immense public value — water is one of the basic services that government delivers,” she said.

Karthik, who grew up in Chandigarh, the capital of Punjab state, said her career is inspired by that of her father, a career civil servant with a law degree who worked in Punjab during a time of regional unrest. Karthik received degrees in psychology and law before joining India’s premier civil service.

“I saw my father using his law degree to help people through public service,” she said. “The thing that keeps me motivated is my desire to be able to bring change to people’s lives, and civil service in India is a great platform. In a developing country, people can use wrong means to achieve positions of power, but this service is merit-based, and people from all walks of life with an education can be assured that they will advance according to their merits.”

Karthik’s work in the IAS has included directing Punjab’s Public Service Commission, where, as secretary she oversaw the appointment of state civil service officers and examined and amended the service rules for 25 government departments. She chaired a committee constituted to inquire into illegal stone crushing in environmentally fragile terrain and also oversaw the creation of an online app to allow citizens of a Punjab district to locate and compare prices and stocks of over-the-counter medicines.

“I was working as an additional district magistrate in a very rural district near the Pakistan border, and I felt there was a need for information about availability of crucial medicines sold across the counter,” Karthik said. “Now the government of India has selected this as a pilot program for the whole state.”

Karthik, who is interested in Duke Law’s SJD degree program, said she would like to bring her new knowledge to bear in India’s Ministry of Environment, Forest and Climate Change, or an international organization like the United Nations Environment Programme.