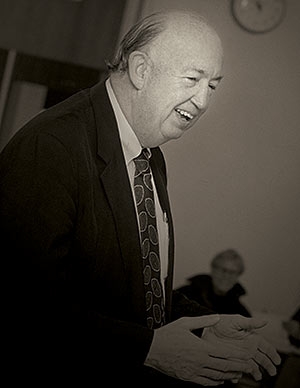 A $1 million gift from the Kathrine Robinson Everett Charitable Trust will be used by Duke Law School to create a new scholarship fund to support students who are serving, have served, or will serve in the U.S. military.

“The Kathrine R. and Robinson O. Everett Scholarship Fund recognizes Robinson Everett’s commitment to our men and women in military service and to the military court system,” said Dean David F. Levi. “As a young Duke Law professor, and with the encouragement of his mother, Kathrine, Robinson Everett enlisted in the United States Air Force during the Korean War. He went on to a distinguished career in the military, eventually serving as Chief Judge of the United States Court of Military Appeals, the highest civilian court in the military justice system, which he had helped to establish.

“How fitting it is to announce this fund on a day when our thoughts are turned to all those who have sacrificed to safeguard our democracy. We thank the Everett Trustees and the Everett family for this wonderful tribute and gift.”

This gift is the latest from the Kathrine Robinson Everett Charitable Trust, which has previously designated support to the Law School’s Center on Law, Ethics & National Security, a professorship, and student fellowships and scholarships.