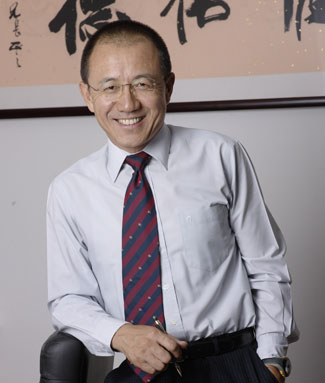 Gao, who attended the Law School as a Richard Nixon Scholar, has served as a Duke University trustee since 2008 and was recently appointed by President Richard H. Brodhead as a founding member of the Duke Kunshan University Advisory Board.  Gao has regularly taught courses at Duke Law pertaining to Chinese company and securities law.

“Mr. Gao has had a remarkable life and career in law and beyond,” said Dean David F. Levi. “During his teens he did manual labor on a railroad.  He worked in an artillery factory.  And he has gone on to be a key architect of Chinese securities law, a top scholar and teacher, a philanthropist, and a devoted alumnus. It’s an honor to have him address our graduates.”

Gao announced his retirement in January after leading the China Investment Corporation since 2007.  The corporation, a government-sponsored entity of the People's Republic of China that seeks to invest in securities and commodities abroad, is responsible for managing part of the country's foreign exchange reserves. Gao previously served as vice chairman of the National Council for Social Security Fund of China from 2003-2007, following his position as vice chairman of the China Securities Regulatory Commission (CSRC).

After graduating from Duke Law, Gao joined Mudge Rose Guthrie Alexander & Ferndon as an associate, returning to China in 1988.  As a co-founder of China's Stock Exchange Executive Council, he was instrumental in the establishment of the Shanghai and Shenzhen Stock Exchanges in 1990.  One of the founding members of CSRC, he served as its general counsel and director of public offerings from 1992 to 1995.  From 1997 to July 1999, he served as vice chairman and chief executive officer of BOC International, the investment banking arm of Hong Kong's Bank of China.

Gao received both his bachelor's degree and a master of laws from Beijing's University of International Business and Economics (UIBE).    He has taught at the Law School of Tsinghua University, UIBE, and the Guanghua Management School of Peking University.

A native of Xian, People's Republic of China, Gao has written extensively on Chinese securities law, banking, legal philosophy, and antitrust.  He and some of his former students have formed a charitable fund to help children in the poorest areas of Tibet and Mongolia stay in school.

Duke Law School’s hooding ceremony honoring the JD and LLM classes of 2014 will begin at 5:30 p.m. on May 10 in Cameron Indoor Stadium on Duke University’s West Campus.