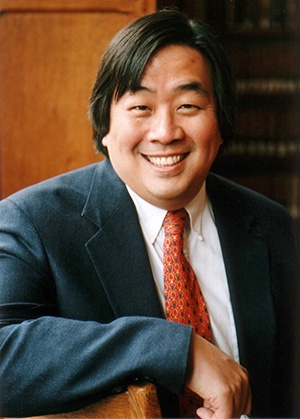 Harold Hongju Koh, an expert in international and human rights law who has served as dean of Yale Law School and legal adviser to the U.S. Department of State, will address members of Duke Law School’s Class of 2015 at their May 9 hooding ceremony.

“Harold Koh is a distinguished scholar and a dedicated public servant,” said David F. Levi, Dean and Professor of Law. “We are delighted he accepted our invitation to speak to our graduating students.”

Koh, now Sterling Professor of International Law at Yale Law School, was the State Department’s 22nd legal adviser, serving from 2009 to 2013 and earning the Secretary of State’s Distinguished Service Award.

Koh has received 13 honorary degrees and more than 30 awards for his human rights work. He has authored or co-authored eight books, published more than 180 articles, testified regularly before Congress, and litigated numerous cases involving international law issues in both U.S. and international tribunals.

Koh clerked for Justice Harry A. Blackmun of the United States Supreme Court and Judge Malcolm Richard Wilkey of the U.S. Court of Appeals for the D.C. Circuit. Before entering academia he practiced law in Washington and served as an attorney-adviser for the Office of Legal Counsel, U.S. Department of Justice.

Duke Law’s hooding ceremony honoring the Class of 2015 will take place on May 9 at 5:30 p.m., in Cameron Indoor Stadium on Duke University’s West Campus.