Arab governments that are more representative of their populations may press for an Israel-Palestine peace based on rights as found in the international legal order. The United States may come under increased pressure to recognize Palestine as a state when that issue is presented to the UN Security Council in September. For Israel, if it is willing to agree to peace terms that to date it has rejected, the acceptance it seeks within the region may be more stable than an acceptance by the old regimes.

Professor Quigley is active in international human rights work. His numerous publications include books and articles on human rights, the United Nations, war and peace, east European law, African law, and the Arab-Israeli conflict In 1995 he was recipient of The Ohio State University Distinguished Scholar Award. 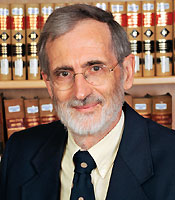