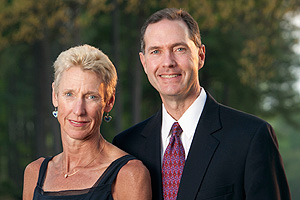 As he reflects on serving entrepreneurial clients in high-tech, fast-growth companies, John Yates emphasizes the need to look beyond the legal issues.

“The best solution to the problem may not be a legal solution,” says Yates, the partner in charge of the technology practice at Morris, Manning & Martin in Atlanta. “It may involve introducing a client to a particular person who can help them out. It may be adding somebody to their board. It may be introducing them to a potential customer. That may solve their problem at hand. Then, when they have a legal problem, they know that we both understand their business and have their best interests at heart.

“It’s a very proactive model,” he adds. “You help clients see the market, pursue the business opportunity, find key leaders for their team, and connect them all.”

It’s a model of practice Yates has pursued since he entered the field, then known as computer law, shortly after his graduation from Duke Law. He credits his sister, Jean, for inspiring and often informing his career path; although he turned down her attempts to lure him to Silicon Valley where she was a pioneering high-tech entrepreneur, he decided to join her at a 1982 computer trade show in Atlantic City.

“I walked the exhibit floor and realized there was a tech revolution going on,” he recalls. “I listened to one presentation on computer law given by a New York lawyer — a close friend to this day — and concluded that there were myriad legal issues that needed to be addressed.” And while only a handful of companies at the show were from the Southeast, he saw the potential of a ripe and untapped market in the region.


“I saw the opportunity to get into this unexplored legal area, to build a practice and a reputation, and then to bring resources from around the globe to companies in the Southeast. It was the right way to build a unique practice in a new area of the law,” he says. He quickly became a featured speaker at computer industry shows and further built a reputation by writing columns on computer law in trade publications. And he immediately saw the need to offer his clients “value-added” legal services.

“Most of my tech clients weren’t in Silicon Valley, but they were looking for the benefits of the Valley ‘ecosystem’ — contacts with venture capitalists, prospective board members, management candidates, and customer contacts,” he notes. “We made those connections through my sister and contacts in Silicon Valley and other parts of the country.  Our mission was to capture that data, put it into our ecosystem and share the value-added information with our clients. It’s not billable, it’s not legal services, but it’s plugging clients into our broader network of relationships, influencers, and sources of capital that can be critical to company growth.”

In addition to building a highly collaborative team within his firm, Yates has co-founded and led several organizations that facilitate connections and dialogue among executives in the various industry groups he serves in his practice. These include the Southeastern Software Association, Minority Technology Entrepreneurs, the Southeastern Medical Device Association, and the Tech­nology Association of Georgia.

A member of the Law School’s Board of Visitors and the Furman University Board of Trustees, among other corporate and community boards, Yates has recently been appointed to chair Atlanta’s 2013 NCAA Men’s Basketball Tournament Final Four Committee. “I’ve dreamed of being a part of the Final Four Tournament since I played high school basketball, and it’s an honor to not only lead the committee, but also be part of the 75th anniversary. It’s the next best thing to being on the court,” he says.

Yates counts his service as chair of the Technology Council for the United Way of Metro Atlanta as the activity “nearest and dearest” to him. His efforts to mobilize the resources of tech entrepreneurs to serve broad community needs began right after 9/11 — “a tough, tough time” — yet resulted in an increase in giving of almost 600 percent; the Technology Council now bestows an annual award named in Yates’ honor.

Being able to integrate service to his community and to his firm through the relationships developed during the United Way campaign has served as a paradigm for his activities since, he says. And now he and a friend are co-writing a book titled The Art of Business Friendship, focusing on the business value of building relationships.

The book, which they hope to complete by year’s end, also examines the layers of personal relationships in business, “from simple networking, to business acquaintanceships, to ‘incomplete’ friendship and finally ‘complete’ friendship,” says Yates. To be relevant in the digital age, the book also addresses social networking factors in forming complete business friendships and why they matter, he says.

“Lawyers often look at business relationships in a reactive mode: ‘I’m only here to react to a client’s need,’ as opposed to asking, ‘Can I put myself in that client’s shoes and find a unique way to help them? How can I become a trusted adviser and friend to clients and business contacts?’ That’s a mindset many lawyers, especially younger ones, don’t adopt. Developing complete business friendships would serve them well, particularly in establishing a sustainable business development system.”