Christine Kim ’16 and Devon Damiano ’14 will enter the Department of Justice Legal Honors Program in the fall. For each, gaining entrance to the highly selective program represents the culmination of years of deliberately focused study and skill-building in their respective fields of interest, as well as the support and mentorship of Duke Law career counselors and alumni.

Damiano, who holds a Masters in Environmental Science and Policy (MA) from Duke’s Nicholas School of the Environment along with her JD, will enter the DOJ’s Environment and Natural Resources Division after completing a clerkship with Judge James A. Wynn, Jr. on the United States Court of Appeals for the Fourth Circuit. Kim will join the Civil Rights Division.

“The DOJ Honors Program represents a plum entry-level position for these graduates,” said Assistant Dean Stella Boswell, who directs the Office of Public Interest Advising within the Career Center. “Many Honors Program positions have been cut in recent years and so they are particularly selective, demanding highly detailed applications and comprehensive resumes. We are delighted for Christine and Devon who have worked exceptionally hard to qualify for these positions.” Boswell said she is also grateful to the various members of the faculty and alumni community who helped guide Kim and Damiano through the hiring process.

Mapping the path to DOJ 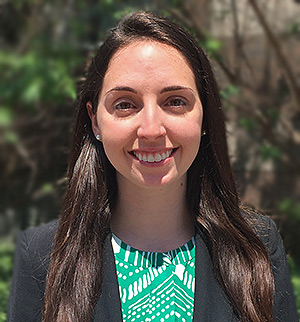 Damiano is certain that her dual degrees and the practical experience she gained in the Duke Environmental Law and Policy Clinic helped advance her application to the DOJ. “When you go into an area like environmental law, it’s important to understand the scientific and technical aspects of the case,” she said. “My Nicholas School classes helped. And having worked on cases in active litigation with top environmental lawyers will help me hit the ground running.”

In the clinic, a partnership between the Law and Nicholas Schools, Damiano worked with Clinical Professor Ryke Longest on a challenge before the Federal Energy Regulatory Commission to the relicensing of four Alcoa dams on North Carolina’s Yadkin River, and with Supervising Attorney Michelle Nowlin JD/MA ’92 in preparing a complaint and negotiating with the U.S. Fish and Wildlife Service to protect endangered butterfly species in the Florida Keys. Damiano, who gained further exposure to environmental law and policy through an externship at the Southern Environmental Law Center, said that both clinic cases helped her learn about the complex regulatory issues involved in environmental law and came up in the course of her DOJ interview. Both Longest and Nowlin supported her Honors Program application.

In her first year at Duke, Damiano was connected with DOJ attorney Patrick Duggan JD/MA ’10 through the Office of Public Interest Advising’s alumni outreach program. She kept in touch with Duggan, an Environmental and Natural Resources Division prosecutor and an Honors Program alumnus, throughout law school and beyond. “Patrick has been a sounding board during the entire application process and introduced me to other alumni in his division,” she said. “That alumni network has been an incredible help, as has all the advice Michelle Nowlin has offered through the application process.”

Alumni are crucial to helping Duke Law students find a path to a practice that best suits them, Boswell said.

“More than ever, we count on our alumni to educate our students and our staff about opportunities in their particular agencies, nonprofits, and fields, about their work, about job openings, and about how a student can stand out in the hiring process,” she said.

Damiano, who held a second-year externship on the Fourth Circuit, credits her current clerkship and a prior one with Judge Francis Allegra of the U.S. Court of Federal Claims in Washington, D.C., with helping hone her legal writing and litigation skills. And because all cases in the Court of Federal Claims involve DOJ attorneys, while there she was able to observe them in court, and also to build connections with judges and former clerks. 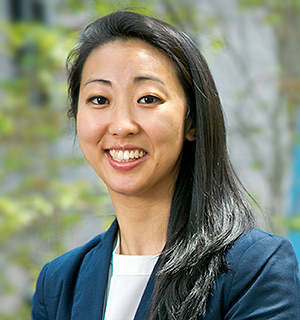 Kim’s acceptance to the Civil Rights Division Honors Program is the culmination of a focus she began during her undergraduate studies in public health at Tufts University, and pursued through externships before and during law school.

“I’ve worked on civil rights issues for a long time — since I was 19,” Kim says. “My mantra has always been, ‘Find the talented people in the field you want to pursue, then find a way to work with them.’ They’ll teach you more than you could probably learn from a book.”

Before coming to Duke, Kim worked on public health, affordable housing, and discrimination issues with nonprofits in her native Ohio. She spent her 1L summer at an internship with the Housing and Civil Enforcement section of DOJ’s Civil Rights division, followed by a second-year Duke in DC externship with the Disability Rights section of the Civil Rights Division “Both were great experiences, as was Duke in DC, which I highly recommend,” she said.

“They were both great experiences, and I got the Disability Rights externship through the Duke in DC program, which I would encourage law students to look into,” she says.

Kim’s interest in civil rights issues was sparked by a tumultuous freshman year at Tufts, during which racist incidents at the school made national news.

“A student newspaper wrote a Christmas carol mocking the African American students, saying they were all there because of affirmative action and that they were all failing their classes. So, through the lens of my African American friends, I started to see that this is what racism and discrimination looks like. And then a group of Asian American students got jumped and called racial slurs and all of that made me look back and reconsider my past.” As the only person of Korean descent in her high school in a small Ohio town, she had been told by her principal that “chink,” as she was called and found scrawled on her locker, was not a derogatory term. “She might have actually believed that,” Kim said.

An undergraduate mentor had encouraged Kim to pursue law as a means of addressing systemic inequality.

“He helped me see that, with a law degree, I could be an advocate for someone who has already lost everything and likely would be unable to vindicate their rights if they were navigating the legal system on their own,” she said.  Speaking to Boswell and others helped to convince Kim that her passion for civil rights work made government service a good fit, and guided her towards her goal, as did other members of the faculty.

“During my first year, Professor [Joseph] Blocher connected me with someone at DOJ who talked to me about my internship, and I quickly realized how many people in our community care about helping students who have big dreams find a way to get there. A lot of doors started opening.”  Professors Darrell Miller and Guy-Uriel Charles helped her prepare for her Honors Program interview with an hour-long “moot,” she adds.

Kim speculates that her extracurricular activities at Duke Law, which reflect her strong interest in civil rights, also helped advance her application to the Honors Program; she served as co-president of the American Constitution Society, editor-in-chief of the Duke Journal of Gender Law & Policy, and a lead student organizer for the Center on Law, Race and Politics’ fall conference on civil rights.

“All of that was an important exercise for me to keep a finger on the pulse of the civil rights conversation,” she said.