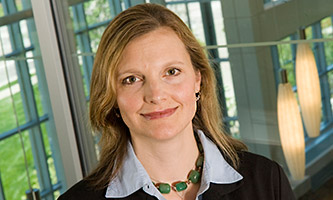 Professor Lisa Kern Griffin drafted an amicus brief in support of a petition for writ of certiorari filed with the U.S. Supreme Court in Pena-Rodriguez v. Colorado, a case involving the permissibility of evidence of racial bias in jury deliberations. The Court granted certiorari on April 4, and the case will be argued in the Court’s next term.

After Miguel Pena-Rodriguez was convicted of unlawful sexual contact and harassment in Colorado state court, two jurors came forward to submit affidavits alleging that another juror used ethnic slurs during deliberations concerning both the defendant’s character and the credibility of an alibi witness. The Colorado Supreme Court held that the affidavits fell within the prohibition on juror testimony in Federal Rule of Evidence 606(b) and that the racial bias did not constitute “extraneous prejudicial information.” Griffin’s brief argued that this application of 606(b) violated the defendant’s Sixth Amendment right to an impartial jury.

Griffin was assisted by 20 second- and third-year students in her Evidence class who worked on different aspects of the racial bias, constitutional law, and evidentiary procedure questions. Nine law professors from around the country signed on to the brief, including James E. Coleman Jr. , the John S. Bradway Professor of the Practice of Law and Director of the Center for Criminal Justice and Professional Responsibility, and Neil Vidmar, the Russell M. Robinson II Professor of Law and Professor of Psychology.