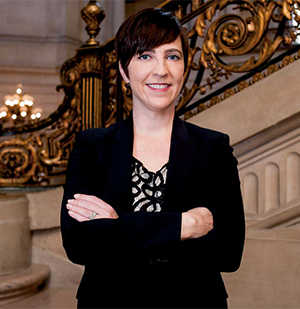 The lead plaintiff in Coates v. Farmers Group, Inc., a veteran in-house attorney at Farmers Insurance, learned she was earning substantially less than less-experienced male colleagues when one of them made a joke about his salary. “She’d been working there for years and didn’t know,” marvels Lori Andrus ’99, who served as co-lead counsel in the gender-discrimination lawsuit that followed the revelation.

A plaintiff’s litigator who specializes in mass tort, class actions, and complex litigation at the San Francisco ﬁrm she co-founded in 2007, Andrus recently negotiated a signiﬁcant settlement on behalf of 300 female attorneys, all current and former Farmers employees.

The $4 million settlement, which also requires Farmers to modify its compensation policies and use best efforts to promote qualiﬁed women, is already being used as a model in other gender wage discrimination suits.

The complaint alleged violations of the federal Equal Pay Act and Title VII of  the Civil Rights Act, as well as California’s strict new Fair Pay Act, which requires employers to show employees are being paid equally for “substantially similar” work, effectively shifting the burden of proof to the defendant to prove equal treatment.

Andrus says she was thrilled to hear that a friend has already used the settlement language of her “new favorite case” to draft a proposal in a similar action. She is quick to share the credit: “I absolutely relied on the language of settlements from previous cases — like Butler v. Home Depot. The lawyers from these cases are amazing, my personal heroes.”

Having served as a lead attorney in cases involving a range of issues, including defective pharmaceuticals and medical devices, consumer fraud, and defective products, Andrus was named one of the nation’s 75 “Outstanding Women Lawyers” by the National Law Journal in 2015. In a June proﬁle in Plaintiff Magazine, Andrus and her law partner, Jennie Anderson, were hailed as “one of the Bay Area’s top plaintiff’s litigation teams.” And in August, close on the heels of the Farmers settlement, Andrus received the Pursuit of Justice Award from the Tort Trial and Insurance Practice Section of the American Bar Association.

“Lori is a champion of people’s rights,” says fellow mass torts litigator Karen Menzies, who nominated Andrus for the award. “She clearly enjoys rising to the challenge of ﬁghting for whoever needs the help.” Along with her litigation expertise, Andrus is “wonderfully personable,” and always interested in advancing the interests of colleagues as well as clients, Menzies adds. “She’s a nucleus. She connects people extremely well.”

Andrus advocates passionately for women’s rights and professional advancement both in and out of the courtroom. She ﬁrst found her voice, she says, when she stuck a ‘Pro-Choice Y’all’ button on her backpack as a teenager in Lafayette, Louisiana. And she recalls marching on Washington for reproductive rights in 1992, the year a record number of women were elected to the Senate. “That was supposed to be the ‘Year of the Women’ in politics, but things have really stagnated since then in Congress and state seats.”

She spent three years after graduating from Boston University on Capitol Hill as a congressional aide. Initially, she had no intention of going to law school. “Then I began to notice that the women who were really getting things done, and who were in positions of leadership, all had law degrees,” she says. Andrus chose Duke after a friend shared an article from a fashion magazine —“Vogue or Cosmo” — ranking law schools based on how successful the schools’ female students were, on campus and after graduation. “Duke was number one,” she says. “After that, I applied and knew it was the only school I’d go to.”

At Duke Law, Andrus was inspired by Professor Trina Jones’ employment law course and Professor Tom Rowe’s course on complex litigation. Spending her 2L summer at Lieff Cabraser Heimann & Bernstein in San Francisco got her hooked on mass tort law, and in Elizabeth Cabraser — a renowned litigator since the early 1980s who was recently chosen to lead the consumer fraud case against Volkswagen — Andrus found a role model and a champion.

Andrus returned to Lieff Cabraser as an associate, rocketing to partnership in ﬁve years. Early on, Cabraser urged her to start taking leadership roles on cases. “She told me I just had to go for it,” Andrus says. And when she heard about a class action suit involving women injured by a defective birth control device, Ortho Evra patch, Andrus knew it was the right case. “I had used [the patch] brieﬂy myself,” she says, likening it to an “estrogen bomb” that caused women to suffer heart attacks and strokes. “I was furious on behalf of those injured women.” She called the attorney committee for the case and let them know she wanted a lead role, and to her surprise, they said yes without hesitation. “They knew I had Elizabeth’s support,” she says. “That case was a game-changer for me.”

Andrus’ success in the Ortho Evra case, which Johnson & Johnson settled for more than $70 million, was followed by more leadership appointments. It was the desire to have more freedom to ﬁnd and pursue her own cases that led Andrus to launch her ﬁrm with former Lieff Cabraser colleague Anderson and with her mentor, Cabraser’s, full support.

Hoping to increase the number of women in mass torts and class-action specialties — a 2015 ABA study estimated that women held lead counsel roles  in only 18 percent of class-action suits — Andrus will take part in an upcoming conference organized by the Duke Law Center for Judicial Studies that will consider how judges should choose lead attorneys in multi-district litigation, and how they might diversify their choices. “She has an exhaustive knowledge of the mass torts ﬁeld,” says John Rabiej, the center’s director. “We’ll be relying on her expertise.”

Andrus was instrumental in helping another lawyer establish Women en Mass, an annual retreat for female mass tort attorneys to discuss issues that affect women. “The ﬁrst year, there were 90 women,” Andrus says. “The next year it had doubled. Then there were 250. It’s a fantastically supportive group.”

Still politically engaged, Andrus is involved with Emerge America, a nonproﬁt organization focused on training and assisting Democratic women to run for ofﬁce. “Women win campaigns in the same numbers as men,” she says. “The problem is, women aren’t running. Women need to be asked repeatedly to run for ofﬁce — on average seven times — while men tend to nominate themselves. Emerge teaches women campaign strategy, how to use social media, and teaches public speaking skills. Everything. It has programs in 16 or 17 states and it’s really beginning to make a difference.” Andrus, who went through the training in 2005, currently serves on the Advisory Board of Emerge California.

“Politics is in my blood,” she says, though she has no plans to run for ofﬁce anytime soon. “I’m too happy doing what I’m doing. I wouldn’t want to give this up.” 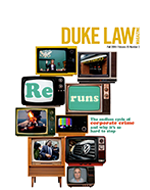