The 88 members of Duke Law’s LLM class come from 37 different countries and, for the first time, include students from Albania and Kuwait. 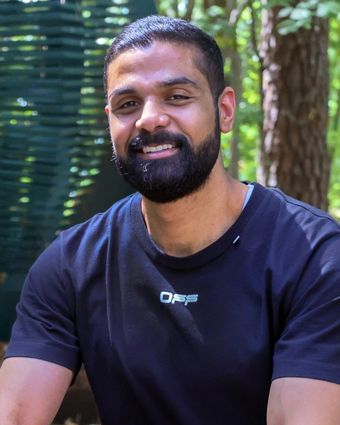 After serving in the Kuwait Army for 10 years, Salem Arhama is looking to diversify his experience and pursue a career in corporate law, developing skills that will be useful in an evolving landscape at home with a rapidly growing private sector.

“Back in my country, there are a lot of companies starting out right now. It’s getting more like a business hub,” he says. “I want the opportunity to be one of the few corporate lawyers who’s available in the market.”

That includes for his own family, who recently started a cosmetics company specializing in hair care products.

“I’d like to be well equipped to deal with issues that might arise in the future, as well as looking for a job different than my current [job] and being a business lawyer,” he says. “This degree would allow me a lot of flexibility in my choices.”

Arhama is one of 88 internationally trained lawyers who began their LLM studies at Duke last month. They are joined this year by two special non-degree students from Tsinghua University in Beijing, China, and two SJD candidates. The LLM class includes students from 37 countries including, for the first time, Albania and Kuwait.

It was that milestone that further solidified Arhama’s desire to attend Duke Law, as he discovered during his research that, if accepted, he would become the school’s first Kuwaiti student.

“I wanted that really bad, I wanted to stand out,” he says, who earned his law degree from Kuwait University. “Of course, Duke is one of the best in the world and it’s renowned, even back at home in Kuwait. Everyone knows Duke and everyone wants to get there.”

As a captain in the Legal Judgement Authority for the Kuwait Army, Arhama served as a legal investigator and prosecutor, handling criminal violations. But he said the role of soldier always came first.

“It’s different than being a lawyer, you have to train and be physically ready,” he says. “So it’s physically challenging, but now studying at Duke is a different kind of challenge.” 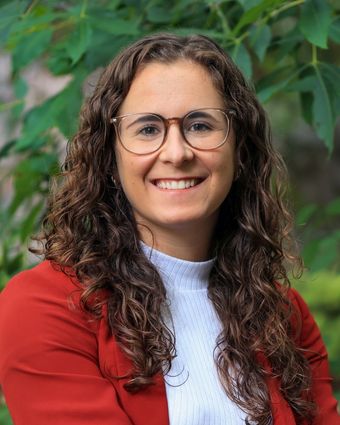 When the pandemic hit in spring 2020, Denise Buchbot-Borne began asking herself a lot of big questions.

Buchbot-Borne, who calls the Netherlands and Israel home, was visiting her boyfriend in Israel in mid-March 2020, but the closing of international borders forced them into an extended long-distance relationship. She took the last flight home and went back to work at a law firm in Rotterdam while he headed back to the United States.

“It was a self-reflection moment for me,” she says. “The pandemic made me realize, what am I doing with my life? What do I want to do with my life? That winter, I decided to move to the U.S.”

After moving and marrying her boyfriend in the fall of 2021, an LLM degree was the next logical step, enabling her to continue her legal career in her new home. She considered a variety of U.S. law schools, but one stood out.

“Duke was my number one from day one,” says Buchbot-Borne who earned a master of laws from Erasmus University in Rotterdam. “I felt the first moment I talked to someone from Duke, I really felt a personal approach. They were really eager to help you pursue your goals and help you improve socially and academically.”

She was initially drawn to Duke for the Law School’s Certificate in Intellectual Property, Science, and Technology. She also liked the flexibility that the LLM program offers with regard to course selection and the opportunity to take an externship in the spring semester.

“I didn’t want to go back to law school and take a lot of required courses. I had already done that before,” she says. “I never had IP courses at law school in the Netherlands. Then I read about Duke, the Research Triangle, and Duke University and how they’re known in the IP area.”

Jewish life on campus and in Durham were also important for her and her husband in deciding where to live.

“Duke has a really big Jewish organization and there are a lot of activities and services to celebrate the holidays, which is very important for us.” 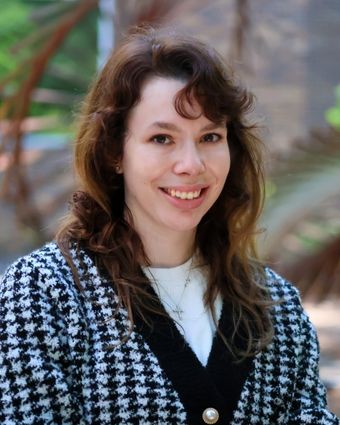 Ana Zamora said Duke Law wasn’t just her top choice — it was the only school to which the Mexico-trained attorney applied.

“Duke was the one that was more aligned with my values and principles,” she says, pointing to the accessibility of the faculty, which she said wasn’t as common in Mexico. “I love getting that rapport from my teachers and building interesting relationships.”

Zamora says she’s found that kind of discussion and collaboration particularly valuable in the study and practice of law.

“I don’t know everything, so it’s comforting to know there’s someone more experienced than me that’s open to having a discussion with me or guiding me through my questions.”

Zamora earned her law degree from Tecnológico de Monterrey and worked as a civil servant, including as a legal expert on a selection commission for the State Anti-Corruption System, before moving into private practice.

In 2019, she started Zamora Legal Consulting, a firm specializing in clients whose human rights have been violated, particularly by government entities. The experience reignited her passion for the advocacy of human rights and upholding the constitution.

During that time, she also developed technology to help attorneys in Mexico calculate their court filing deadlines. It was the first tool to computerize a complex process that is known to cause even the most seasoned attorneys to lose cases on a technicality.

“At one point, everybody has lost a trial for that reason,” Zamora says. “At every single level, from the most experienced lawyer to a new one who just graduated yesterday.”

It was particularly alarming for her to see it scuttle cases dealing with human rights violations. So working with an engineer, she created a low-cost app for iOS and Android devices that calculates the filing deadlines once users input the date they received their writ and add them to their calendar.

Zamora’s desire to improve circumstances for both her clients and her colleagues is the same drive that led her to pursue an LLM degree.

“I wanted to put myself in a new context, to grow as a person and a lawyer,” she says. “I’ve always loved criminal law, that’s where my passion lies. But I also care about human rights and wanted to take it to a different level.” 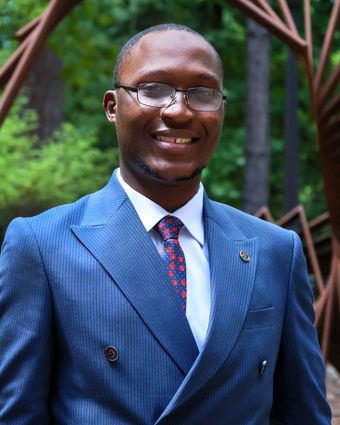 Mujib Jimoh joins the LLM class from Nigeria, where he spent the past three years at Banwo & Ighodalo in Lagos, advising clients on compliance on matters of corporate law, litigation, privacy, and data protection.

“It was really challenging because we worked with governments, multi-national corporations, and big tech companies, and they come with a lot of legal issues that we addressed,” he says. “I felt I needed to further my education so I can satisfy my academic and professional curiosity.”

After speaking with two colleagues who had attended Duke Law, he decided it would be a good fit.

“They told me it was an excellent place to be and it was going to be the best part of my life so far. I just couldn’t wait,” says Jimoh, who is joined in Durham by his wife and 10-month-old daughter.

An interest in human rights law has driven Jimoh from the age of 15, thanks to the mentorship of an attorney near his home of Akinyele, a rural area of Oyo State in Nigeria.

“He taught me I could become a lawyer and help others and generally contribute to the development of society in order to make a difference,” he says.

Following his graduation from Nigerian Law School in Lagos, Jimoh served a term as the president of Legal Aid Development Service for the National Youth Service Corps. There, he helped develop programs to aid individuals who were arrested without warrants – some of them journalists who he says had been arrested on baseless claims – and had experienced violations of their human rights.

His advocacy helped him to earn the Judy Horowitz LLM scholarship, which is earmarked for Duke Law LLM students who are expected to have a positive impact on their countries and regions.

Jimoh said that before the semester started, he had intended to focus his LLM studies on the relationship between law and technology. But conversations with alumni during orientation encouraged him to diversify his schedule, adding courses on cybersecurity, national security law and policy, human rights, and private equity.

“Ultimately, I want to be an academic, so I will most likely do a SJD after my LLM,” he says. “But I don’t know what the future holds, so I’m just trying to take courses I might not have the opportunity to take again.”