Having publicly opposed the U.S. invasion of Iraq, Michael Scharf said he was surprised to be invited to help train the judges, prosecutors, and defense counsel of the Iraqi High Tribunal who would try Saddam Hussein.

Scharf, who has advised and trained judges for such war crimes tribunals as those in Rwanda, Sierra Leone, the former Yugoslavia, and Cambodia, made his position clear to the director of the State Department’s Regime Crimes Liaison Office who was extending the invitation. “I pointed out that I had written, in various articles and op ed pieces, that a U.S.-sponsored trial done by Iraqis would not look legitimate,” said Scharf, recalling their exchange.

“He said, ‘We know all that.’” But the director also knew of Scharf’s expertise with war crimes tribunals. While in the State Department’s Office of Legal Adviser in the early 1990s, Scharf crafted the U.N. Security Council resolution, rules and statute pertaining to the Yugoslavia Tribunal.

“He said, ‘If you think it’s not fair, help us make it fair. And if you think it’s not effective, help us make it effective.’ That was a challenge I found hard to turn down,” said Scharf, a professor at Case Western Reserve University School of Law and director of Case Western’s Frederick K. Cox International Law Center and Cox Center War Crimes Research Office. He agreed to oversee the training with one caveat: That he could publicly comment on the trial.

Now Scharf and colleague Michael A. Newton offer an “unvarnished” look at the trial in Enemy of the State: The Trial and Execution of Saddam Hussein, published in September by St. Martin’s Press. Although it was “the messiest” of the international war crimes trials he has seen, Scharf says it was not a sham. “Most of the people involved, on all sides, were heroic. They were trying to do their best in the face of tremendous challenges, including efforts by the Iraqi government to inappropriately influence the proceedings.”

Observing that “it’s really hard to hold a trial in the middle of insurgency,” Scharf noted that many people involved experienced tragedy, including an investigative judge and interpreter that Scharf had worked with. During the nine-month trial, three of Saddam Hussein’s 12 defense counsel were murdered, prompting the defense team to boycott the second half of the trial. He commended the courage of the court-appointed defense counsel, who replaced the boycotting lawyers, in mounting a spirited defense, even when under threat from their client. His book’s title derives, in fact, from Saddam’s directive to counsel regarding closing arguments.

“He stood up and pointed his finger at this very diminutive and scared court-appointed defense lawyer and said, ‘We want to discredit this trial. We don’t want closing arguments,’” recounted Scharf. “‘If you give one, we will consider you the enemy of the state.’ It was a threat — he was saying this guy would be hunted down if he gave an argument. But the lawyer got up and gave a very good, three-hour-long closing argument for Saddam and his co-defendants.” The lawyer was nominated for the U.K. Bar Association’s Rule of Law Award for his courage, Scharf added.

The fact that the trial was televised ensured transparency, as did the tribunal’s permissiveness with Saddam. “They allowed him to speak whenever he wanted, even though he was represented by counsel,” he said. “He would directly address the people who were watching him on TV, telling them to go out and kill Americans and the people who were ‘collaborating’ with the Americans.” While Scharf thought the diatribes — and their corresponding spikes in violence — were avoidable, he also saw the value in letting Iraqis mount a “boisterous” trial characteristic of their system of justice.

“There were a lot of things that looked alien to us because we didn’t understand the Iraqi way,” he said. “But it was a building block toward their transition to the rule of law.” He disagreed with the Iraqi insistence on seeking the death penalty for Saddam, however, as it undermined international support for the proceedings and ensured that Saddam would not be available to stand trial for more serious charges, such as the Anfal Campaign.

Subsequent to the Saddam trial, Scharf was asked to make a series of presentations to the judges of the Rwanda Tribunal in Arusha, Cambodia Tribunal in Phnom Penh, and International Criminal Court in The Hague about how to maintain control of a courtroom when the defendant is determined to disrupt the proceedings. According to Scharf, the next test case will be the trial of former Bosnian Serb leader Radovan Karadzic which will commence before the Yugslavia Tribunal in The Hague in January.

During his current sabbatical, Scharf is serving as special assistant to the prosecutor at the U.N.-sanctioned Cambodia War Crimes Tribunal. “Like Iraq, the crimes occurred 30 years ago. While everybody thinks the evidence is crystal clear because the skulls from the killing fields are piled up everywhere, the fact is that virtually all of the grave sites were contaminated, and there was no good chain of custody because they made memorials out of all the mass graves.” Scharf noted that he also is looking forward to helping Uganda launch a domestic war crimes tribunal and truth and reconciliation commission to complement international war crimes trials, through the non-profit organization he co-founded, the Public International Law and Policy Group.

When asked how he can be so upbeat in the face of mass tragedy, Scharf responded: “I feel very fortunate that this specialty chose me when I was in the State Department at the right time,” he said. “I feel that I’ve had a chance to make a difference on the world stage and if, ultimately, these trials end up saving lives or deterring other atrocities, or even just bringing about justice so the victims can live out the rest of their lives in dignity, then I think there is something to be cheerful about.” 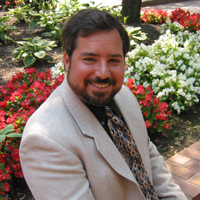