As he considered graduate school, Phil Rubin JD/MA ’11 stood at a proverbial fork in the road, weighing two strong academic interests and seemingly disparate career paths: Should he pursue an advanced degree in psychology to become a mental health counselor or a law degree to work at the intersections of law and policy?

He ultimately chose the field of law, but thanks to Duke Law’s dual degree option, Rubin is able to study psychology, too.

“I’m really glad I chose law school, and I’m glad that I chose a law school that allows me to pursue a dual-degree in psychology,” he says. Though his primary psychology-related interest lies in investigating the emotional and psychological impact of law school on students, he says the two disciplines have combined for other interesting studies, as well. Take, for example, his work last year as a research assistant for Professor Madeline Morris.

As a 1L, Rubin also participated in the Southern Justice Spring Break Trip, traveling to Prestonsburg, Ky., to work with the local legal aid clinic. He says he was excited by the opportunity to do “real legal work for real people” and was challenged by a particular project presented to the group.

“They can’t represent everyone who needs representation,” he says. “They had us prepare some documents that could be filed in court — like for someone to say they couldn’t pay legal fees — but the documents had to be written on a third-grade reading level so it was easy for the clients to understand.”

This year, he is serving as a co-coordinator for the Spring Break Trip, organizing all of the trips outside of New Orleans, which include two sites in Kentucky, one in Jackson, Miss., and one in Atlanta. “The Southern Justice trip is a great way to serve others and get a wider perspective on the world, while becoming a better law student,” says Rubin, who spent two years between college and law school working for a national service fraternity, Kappa Kappa Psi, and now serves as an adult adviser for over 40 Kappa Kappa Psi chapters in seven states in the Southeast.

In addition to his service work, Rubin is also a member of the Duke Law Journal and the Moot Court Board, a LEAD Fellow, and the academics chair for the Duke Bar Association.

He points to his DBA position as one that has been surprisingly fulfilling. “It’s been great to get involved with the school on that level,” he says, talking about the various surveys he has conducted to measure students’ opinions. Attending DBA and other institutional meetings to present the results of those surveys and discuss the future of the Law School has been interesting, too, he says. “You can really get involved in conversations and know what is important to people.”

One of those conversations — about the need for additional funding options for students pursing public interest summer positions — has helped result in the creation of the Dean's Summer Service Grant program, which offers $3,000 to all 2Ls who complete 10 hours of pro bono work during the school year and secure a summer position with a public service organization.

"I was very impressed with how interested and supportive of the idea Dean [David] Levi was," Rubin says. He also notes that he is impressed by the fast work of the administration, which has made this funding available for the 2010 summer.

"In a time when the economy is bad, it's wonderful that the school can offer this kind of support to students pursuing public interest summer positions," he says.

As for his own summers, Rubin spent last year at the U.S. Department of Commerce in the Office of Chief Counsel for Industry and Security and will be dividing his time this year between Covington & Burling in Washington, D.C., and the Department of Justice’s aviation and admiralty section in the Civil Division.

“I really enjoyed my experience at the Department of Commerce,” he says. “I got to work on some really interesting legal questions dealing with international law and treaties and was able to work on an enforcement action.”

Rubin says he learned a number of things from the experience, including how legal research works in a “real world” environment and how important his legal writing class was. “I had no idea how much I had learned until I was sitting in my office researching some pretty complex issues and preparing a written report for my boss on my findings,” he says. “I would have been completely lost without that class.

“I’m excited about the opportunity to spend some time at a firm this summer,” he continues. “I came to law school thinking I would go into some type of government work, but I’ve become intrigued about the possibility of a career at a law firm and am glad to be able to try out both.” 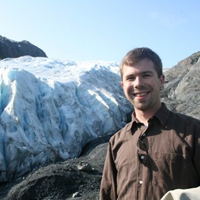