Raskin, the Colin W. Brown Distinguished Professor of the Practice of Law, served as deputy treasury secretary and a Fed governor in the Obama administration. 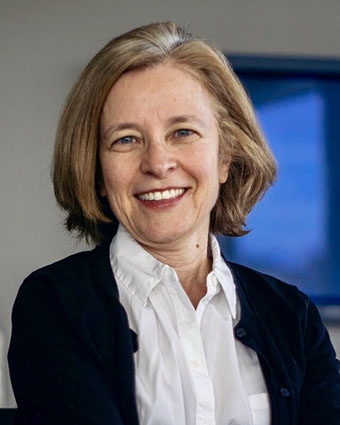 President Biden has nominated Duke Law School Professor Sarah Bloom Raskin, who served as deputy treasury secretary and a governor of the Federal Reserve Board in the Obama administration, to be the central bank’s vice chair for supervision, the White House announced Jan. 14.

The position, which is the Fed’s top regulatory role overseeing the nation’s banking system, requires confirmation by the U.S. Senate. If confirmed, Raskin would take a leave of absence from the Law School faculty to complete her service.

Raskin, the Colin W. Brown Distinguished Professor of the Practice of Law, is an expert in financial regulation and monetary policy who has researched and taught at the Law School since 2017, when she joined Duke University’s Rubenstein Fellows Academy. She is a distinguished fellow at the Law School’s Global Financial Markets Center and a senior fellow in the Duke Center on Risk. She teaches Business Associations and two upper-level seminars, Law and Financial Anxiety and Climate Change and Financial Markets.

Raskin, a graduate of Harvard Law School, has throughout her career worked across public and private sectors in both legal and regulatory capacities. Her work has centered on financial institutions, financial market utilities, consumer protection issues, the adaptation of financial regulatory tools as they pertain to climate risk, bolstered prudential standards, and resolution planning. Her private sector experience includes having served as managing director at the Promontory Financial Group, general counsel of the WorldWide Retail Exchange, and at the law firms of Arnold & Porter and Mayer Brown. Earlier in her career she served as banking counsel for the U.S. Senate Committee on Banking, Housing, and Urban Affairs.

Raskin is currently a member, with Duke Law Professors Lawrence Baxter and Gina-Gail Fletcher, of the Regenerative Crisis Response Committee, a group of leading experts in law, economics, and public policy focused on the use of fiscal, monetary, and regulatory policies in a climate-transitioned economy.