A Q and A with Professor Laurence Helfer about Human Rights and Intellectual Property: Mapping the Global Interface

Helfer is Duke’s Harry R. Chadwick, Sr., Professor of Law and co-director of the Center for International and Comparative Law. He is an expert in international law whose scholarly interests include interdisciplinary analysis of international law and institutions, human rights, and international intellectual property law and policy.

Global Matters: What approach did you take in writing this book?

Helfer: My co-author and I identified several areas where human rights and intellectual property intersect, such as the right to health and patented medicines, the right to education and copyrighted materials, free speech and trademarks, plant variety protection, and the right to food. We designed the book as a work of scholarship that can also be used as a textbook for law school and university seminars and as a reference guide for attorneys and civil society organizations. We interspersed our own analysis with excerpts from leading commentators, questions, and “hot topics” that focus in depth on rapidly evolving areas of law and policy.

In different national and international contexts, the overarching question we asked is: How can governments better utilize the resources at their disposal, including the incentives of intellectual property law, to meet the basic needs of their respective populations?

GM:What sorts of tensions exist at the different intersections of human rights and intellectual property?

Helfer:Intellectual property doesn’t exist in a vacuum; it is created by the state. When a government gives legal protections to intellectual property, it faces a basic trade-off between incentivizing creativity by inventors and authors and granting the public access to the fruits of that creativity. A similar trade-off exists in international human rights law, which recognizes the economic and moral rights of individual creators and innovators, as well as the right of the public to benefit from scientific progress and its applications. This shared perspective provides an opportunity to rethink how intellectual property protection can serve human rights ends.

In the patent context, for example, pharmaceutical companies research new drugs to meet market demands. As a result, they often neglect medicines for diseases that afflict poor populations, including in developing countries. Traditionally, governments meet the needs of those populations by creating the infrastructure for public health care systems. But those measures are expensive and can only achieve so much. Another complementary strategy that governments can adopt — one that also furthers the human right to health — is to restructure the incentives of the intellectual property system to promote research into neglected diseases. Imagine, for example, a government saying: “We’re going to give a prize to whoever develops a treatment for malaria, which is a huge problem in the developing world.” Or, “We are going to give inventors other inducements to develop such a treatment.” These measures create incentives for innovation that would not otherwise exist. And they also help governments to meet their obligations under international human rights law.

In the book, my co-author and I apply these insights to all areas of intellectual property law and policy. The approach we adopt is not anti-IP. Rather, we highlight ways in which incentives for creativity and innovation can be realigned or restructured in ways that are consistent with internationally-protected human rights that many governments have long recognized.

GM: Is there always an antagonistic relationship between IP and human rights?

Helfer: No. We identify situations in which intellectual property has little effect on human rights outcomes. For example, some commentators have challenged the wisdom of copyrighting educational materials, which allegedly limit the distribution of those materials to students and teachers. That can be a problem in some countries. But the bigger problem — at least in many least-developed nations — is much broader: there are no school buildings, teachers, chairs, or paper. In these instances, intellectual property is mostly irrelevant to overcoming challenges to meeting basic human needs.

GM: The book addresses plant variety protection, which is a topic one rarely hears about in the discourse on international human rights. Why did you include it?

Helfer:: I’ve worked on plant variety protection for almost a decade, including as a consultant for the UN Food and Agriculture Organization. Plant variety protection originated in the middle of the 20th century, when a commercial plant-breeding industry developed in the United States and in Europe. The industry sought to systematize the development of different types of plants that have beneficial qualities. To incentivize this activity, governments created a limited intellectual property right to give commercial seed companies the right to control some uses of the new plant varieties they created.

This innovation scheme could be modified to create incentives for researchers to develop disease-resistant or drought-tolerant food or feed crops. Governments could also modify IP rules to encourage farmers to tinker with beneficial plant characteristics in ways that increase global genetic diversity and improve food security — both important elements of the human right to food. 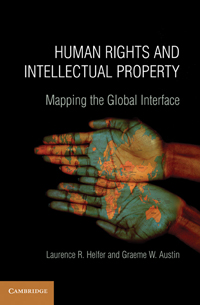