The former ambassador of Switzerland to the U.S., Manuel Sager calls his time at Duke Law “the determining factor” in his careers as attorney, ambassador, and teacher. 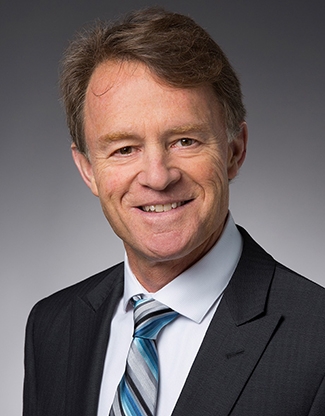 For much of his career, Manuel Sager traversed the world as a diplomat, including serving as Switzerland’s ambassador to the United States from 2010 to 2014, and he still draws on those experiences in his current position as executive director of the Swiss Agency for Development and Cooperation (SDC), his government’s lead agency for official development assistance.

With a staff of 1,700 and an annual budget of approximately $2.5 billion, the SDC provides short-term emergency relief in cases of armed conflicts or natural disasters, long-term assistance in 46 low- and middle-income countries to reduce poverty and social inequalities, improve health care and education, promote local enterprises, and fight corruption; and addresses the causes and effects of climate change, water shortage, food insecurity, health risks, and forced migration.

Sager, who developed expertise in finance, economics, and international humanitarian law through diplomatic portfolios that included heading communications and the Political Affairs Division in the Federal Departments of Economic and Foreign Affairs, serving in the foreign ministry’s International Law Department, and as an executive director at the European Bank for Reconstruction and Development in London, says his current position demands a similar skill-set.

“Much of our work starts with policy dialogue with partner governments to identify systemic impediments to the development of a country and appropriate actions to tackle them,” he says. “That is essentially a diplomatic endeavor.” So too, he adds, is addressing climate change in international fora as a matter of global governance: “We negotiate as diplomats.”

He takes enormous satisfaction, he says, in visiting projects in such regions as Africa, Asia, the Middle East, and Latin America and getting a first-hand look at the difference Swiss development assistance makes in people’s lives. “On the other hand,” Sager admits, “dealing with governments who show limited concern for the well-being of large parts of their own people is a constant source of frustration — even anger.”

Sager has taught Development Finance at Duke Law for the past five years, and says his classroom experience has been one of the most enriching of his professional life.

“My immediate goal, of course, is to familiarize students with the concept of sustainable development and the different ways in which governments, the private sector, and nonprofit organizations work together to provide necessary financing,” he says. “However, my true motivation has always been to empower my students to make informed decisions on matters that will affect their generation and beyond.”

Given that many of his Duke Law students will become leaders in business, government, civil society, and academia, it is imperative they “understand how their clients’ decisions affect the larger economic, social, and ecological fabric of our planet and advise accordingly,” he says.

Sager, who received a PhD from the Faculty of Law of the University of Zurich in 1995 and practiced insurance defense law in Phoenix, Ariz., before joining the diplomatic corps, calls his time at Duke Law “the determining factor” in his careers as attorney, ambassador, and teacher.

“I had never worked harder before,” he recalls of his LLM studies. “But, the (novel) experience of free access to professors, the community life on campus, as well as the rigor of Socratic thinking was worth every drop of midnight oil I burnt over hundreds of pages of antitrust and corporate governance cases.”