The Duke Law community congratulates these graduates on their elections. 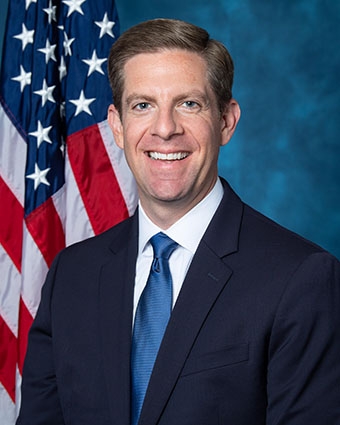 Votes are still being tallied in electoral districts across the country, but several Duke Law graduates have won election or re-election in their congressional, legislative, and judicial races on Nov. 3.

Democrat Mike Levin ’05 has been elected to his second term in the United States Congress representing California’s 49th district, which includes North County San Diego and South Orange County. A native of South Orange County and graduate of Stanford University, Levin served as executive director of the Democratic Party of Orange County after his Duke Law graduation and focused his legal career on environmental and energy regulatory compliance and government affairs. During his first congressional term he has served on the House Committee on Veterans’ Affairs and its Health subcommittee and Economic Opportunity subcommittee, which he chaired. He also serves on the House Committee on Natural Resources and its Energy and Mineral Resources and Water, Oceans, and Wildlife subcommittees and on the House Select Committee on the Climate.

Democrats Dan Blue, Jr. ’73 and Natasha Marcus ’94 have retained their seats in the North Carolina State Senate, in the 14th and 41st Senate districts respectively.

Blue was first appointed to the 14th Senate district in 2009 and earlier served in the North Carolina House of Representatives from 1981 through 2002 and from 2006 until 2009. In the House he served as speaker and chaired the Judiciary Appropriations Committee. The founding partner of Blue, Stephens & Fellers in Raleigh, Blue is past president of the National Conference of State Legislatures and a former chair of the Duke University Board of Trustees. He is an honorary life member of the Duke Law Board of Visitors.

Marcus was first elected to the newly drawn 41st Senate district in Mecklenburg County in 2018. Marcus, who received a BA in public policy from Hamilton College before attending Duke Law, practiced law at Brooks, Pierce, McLendon, Humphrey & Leonard and clerked for Judge Frank W. Bullock, Jr. of the U.S. District Court in Greensboro. A resident of Davidson, she is a longtime community organizer and activist.

Darren Jackson ’97, a Democrat, was unopposed in his reelection to represent North Carolina House of Representatives District 39, a seat he has held since 2009. Jackson, who was elected House minority leader in 2017, is a partner at Gay, Jackson & McNally in Zebulon, where he maintains a general practice with an emphasis on personal injury, wrongful death, worker’s compensation, civil litigation, and residential real estate.

Judge Robert Christopher “Chris” Dillon MJS ’18 was elected to his second eight-year term on the North Carolina Court of Appeals. A Raleigh native who earned both an undergraduate degree in business and JD at the University of North Carolina at Chapel Hill, Judge Dillon, a Republican, is now the second most senior judge on the court. Prior to joining the bench he focused his practice at Young Moore Henderson in Raleigh on representing occupational licensing boards and licensees as well as on real estate. He was also a licensed real estate broker and helped start a small Raleigh bank in 2006.

Justice Josiah Coleman MJS ’20 was reelected to a second eight-year term as an associate justice of the Mississippi Supreme Court. He joined the bench in 2013 after practicing law for 12 years, concentrating on defense litigation and appellate advocacy in the areas of insurance, product liability, and professional malpractice. Justice Coleman is admitted to practice before all Mississippi state and federal courts, and before the Fifth U.S. Circuit Court of Appeals. Justice Coleman’s election was endorsed by the Republican Party.

Judge Myron Duhart MJS ’18 was elected to Ohio’s Sixth District Court of Appeals. A Toledo native, he earned his undergraduate degree in political science from Wright State University while serving in the U.S. Army. He received his JD from the University of Toledo College of Law and was commissioned as a lieutenant in the Army Judge Advocate General Corps (JAG). Prior to judicial service, Judge Duhart practiced for many years in the areas of business litigation, personal injury, and criminal law, including death penalty cases. He teaches trial practice as an adjunct lecturer in law at the University of Toledo College of Law and will become president of its Board of Governors in 2021.

Judge Mark Klingensmith MJS ’16 retained his seat on the Florida Fourth District Court of Appeal. Judge Klingensmith, who earned both a BA and JD at the University of Florida, has served on that court since August of 2013 after serving for two years on the Florida District Court. He previously spent 25 years in private practice. A musician, he is the author of Lyrics in the Law: Music’s Influence on America’s Courts (Lexington Books, 2019), the proceeds of which benefit the Martin County (Fla.) Legal Aid Society.

The Duke Law community congratulates these graduates on their elections and will add others as results are finalized.