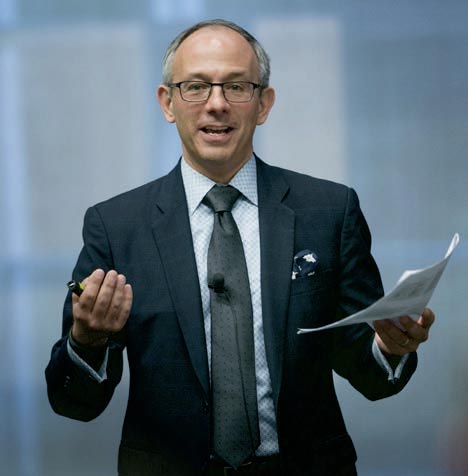 What makes an international court effective, and can the success of such a court in one region be transplanted to another? Those questions underlie 10 years of research by Laurence R. Helfer, the Harry R. Chadwick Sr. Professor of Law, and Professor Karen J. Alter of Northwestern University, on a court in South America that has created “an island of effective adjudication for intellectual property disputes.” Helfer and Alter’s new book, Transplanting International Courts: The Law and Politics of the Andean Tribunal of Justice, was published by Oxford University Press in 2017.

Headquartered in Quito, Ecuador, the Andean Tribunal of Justice (ATJ) was created in the mid-1980s as an international court with jurisdiction over disputes relating to trade barriers, tariffs, customs, taxes, environmental regulations, and intellectual property (IP) arising under the laws of the Andean Community, which now comprises Bolivia, Colombia, Ecuador, and Peru. The ATJ was modeled, Helfer and Alter explain, on the busy and inﬂuential European Court of Justice (ECJ). Over the last three decades, the ATJ has emerged as the third most active, by volume of decisions, among the 23 international courts operating around the world. Yet the large majority of these decisions relate to only one area of Andean law — patents, trademarks, and other forms of IP.

Discussing their book at Duke Law on Oct. 3, Helfer, co-director of the Center for International and Comparative Law, observed that the Andes is far less hospitable for an international court than Europe. “The rule of law is weak, executive branches are powerful, and national judiciaries are often politically compromised,” he said. Still, the ATJ was designed to operate much like the ECJ, particularly in offering multiple ways for governments and private parties to access the court.

Through a review of all ATJ decisions and interviews with judges, lawyers, government ofﬁcials, and interest groups across the region, Helfer and Alter identiﬁed several reasons for the Tribunal’s success in the intellectual property area. They highlight its development of deep expertise on the topic, thanks to a steady stream of referrals f om administrative agencies and national judges through the ATJ preliminary ruling mechanism. Another factor, Helfer said, is that Andean Community member states have few local IP laws, and domestic administrators have been eager for guidance on how to interpret and apply community IP law. The ATJ has provided this guidance, issuing numerous rulings that have shaped the practices of the domestic IP agencies.

In fact, Helfer and Alter write, the ATJ’s focus on IP issues “paid multiple dividends.” It enhanced the value of trademarks and patents by clarifying the meaning of Andean IP norms, improved agencies’ ability to resolve disputes between private businesses, and strengthened the rule of law by reinforcing agencies’ independence from political interference. 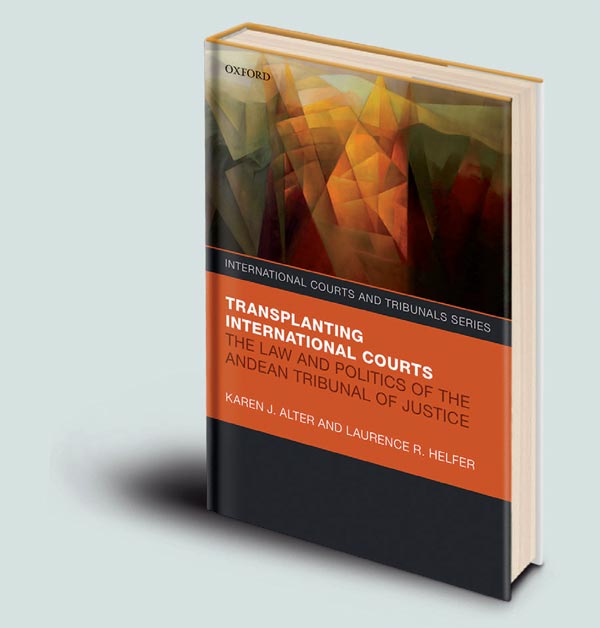 Finding that most compliance with ATJ rulings occurs at the administrative agency level “even when governments don’t change national laws” was surprising, Alter said at the Duke Law event. The ATJ was able to establish effective adjudication within the “IP island” by building key alliances with the agencies which, in turn, were supported by the intellectual property bar. Even as political turbulence in the region has caused a decline in referring some other types of disputes to the tribunal, referrals of IP cases have held steady or increased. Doctrinally, the ATJ has had to strike a delicate balance between upholding the law and deference to the member states. “The tribunal holds governments to account to what Andean law requires, but will not push them further,” she added.

For Helfer and Alter, who both are permanent visiting professors at the University of Copenhagen’s iCourts: Center of Excellence for International Courts, a broader focus of their book is on the lessons the ATJ holds as a model for transplanting international courts to developing country contexts. Indeed, the Andean Tribunal’s survival in a region beset by political and economic crises is notable.

In the book’s ﬁnal chapter, the authors go beyond Andean-speciﬁc issues to revisit a seminal 1997 article Helfer wrote with Anne-Marie Slaughter. In “Toward a Theory of Effective Supranational Adjudication,” (107 Yale Law Journal, 273-392 (1997)), Helfer and Slaughter identified 13 factors that were foundational to the success of the ECJ and the European Court of Human Rights and, they suggested, likely necessary to successful international courts elsewhere. Helfer and Alter’s research confirmed the importance of some factors while also revealing an underestimation of others. “This book’s decade-long study of the Andean legal system provides new evidence to support the claim that pairing compulsory jurisdiction with the ability of non-state actors to initiate litigation via different types of legal proceedings is critical to an international court’s effectiveness,” they write.

Helfer and Alter also look beyond compliance with rulings for other metrics of a transplanted international court’s success. “We measure effectiveness by activation, by tight relationships between the tribunal and its compliance partners, and by its ability to elicit state respect for the law even in cases where governments don’t want to follow the rules,” they said. Having followed the ATJ through several crisis periods, Helfer and Alter found that it navigated political upheavals by letting “the political branches define the pace and scope of Andean integration” so long as they followed proper legal procedures.

» Helfer and Alter are continuing their joint exploration of how context shapes international courts by examining “transplanted” courts in Africa that focus on human rights violations.They are also co-editing, together with iCourts Director Mikael Madsen, International Court Authority, a volume to be published by Oxford in 2018 that builds on a special issue of Duke’s Law and Contemporary Problems journal.