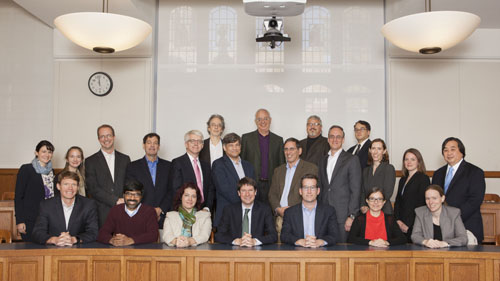 The Center for Global Legal Challenges at Yale Law School and the Center for International and Comparative Law at Duke Law School will host the annual Yale-Duke Foreign Relations Law Roundtable. The roundtable brings together more than 20 of the country’s leading scholars of foreign relations law to address the future of international agreements.  The roundtable will feature keynote remarks on the continued importance of Senate-approved Article II treaties by Avril Haines, U.S. Deputy National Security Adviser, and Brian Egan, the Legal Adviser at the U.S. Department of State.

Each participant in the off-the-record roundtable prepared a short paper on one of four topics: Article II treaties, executive agreements, non-binding political agreements, and the fragmentation of international cooperation.

Among the questions to be raised are whether Senate-approved treaties are on the decline; if so, whether that is problematic for U.S. foreign relations or the development of international law; why such a trend may be occurring; and how Article II treaties compare to other types of international agreements. Participants will also discuss the Obama Administration's most prominent recent international agreements—the Iranian nuclear deal and the Paris Climate Change accord—neither of which was submitted to the Senate as a treaty.