Dean Kerry Abrams and Professors Christopher Schroeder and Neil Siegel have been elected to membership in the American Law Institute (ALI).

ALI members are distinguished lawyers, judges, and legal academics who produce scholarly work to clarify, modernize, and otherwise improve the law through publication of the highly influential Restatements of the Law, model statutes, and principles of law. Abrams, Schroeder, and Siegel are among 34 individuals whose election to membership was announced by ALI on July 19. 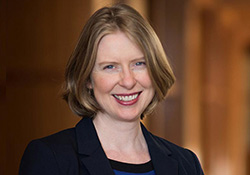 Abrams, the James B. Duke and Benjamin N. Duke Dean of the School of Law and professor of law, teaches courses in immigration, citizenship, and family law, and is well-known for scholarly writing on family-based migration, the legal regulation of immigrant families, the history of immigration law, and constitutional family rights. She is an adviser on ALI’s Children and the Law project, which the group’s web site describes as aiming “to present a contemporary conception of parental rights and authority with the promotion of child welfare as a core goal, while grappling with questions about the legal personhood of children.”

Prior to her appointment at Duke Law, she served on the law faculty of the University of Virginia for 13 years and, more recently, as vice provost for faculty affairs. In 2011, she was named the Albert Clark Tate, Jr., Research Professor of Law, and in 2012, she received UVA’s McFarland Award for excellence in legal scholarship. 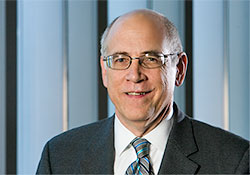 Schroeder is the Charles S. Murphy Professor of Law and Public Policy Studies and founder and longtime co-director of the Program in Public Law. His scholarship and teaching focus on a wide range of issues relating to presidential powers and the executive branch and environmental law, regulation, and policy. He returned to the Duke Law School faculty in 2012 after serving for nearly three years as assistant attorney general in the Office of Legal Policy at the United States Department of Justice. Schroeder is an adviser on ALI’s Data Economy project, which “aims to develop a set of transnational principles to provide guidance to parties in the data economy, as well as to courts and legislators worldwide,” according to its web site. 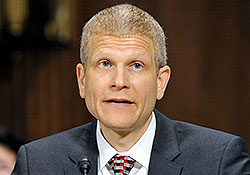 Siegel, the David W. Ichel Professor of Law and Professor of Political Science and director of the Duke DC Summer Institute on Law and Policy, teaches and writes in the areas of U.S. constitutional law, constitutional theory, and federal courts. A former clerk to U.S. Supreme Court Associate Justice Ruth Bader Ginsburg, he will serve as special counsel to Sen. Christopher Coons during the Supreme Court confirmation hearing of Brett Kavanaugh. He previously advised Coons during the hearing of Neil M. Gorsuch and served as special counsel to Sen. Joseph R. Biden during the hearings of John G. Roberts and Samuel A. Alito. Siegel is a former co-director of the Program in Public Law.

Thirty Duke Law faculty scholars and more than 50 alumni are members of ALI. Many faculty participate as reporters, advisers, or consulting members on the group’s projects, including current projects on sexual assault, student sexual misconduct, government ethics, policing, conflict of laws, and other topics. David F. Levi, the Levi Family Professor of Law & Judicial Studies and Director of the Bolch Judicial Institute at Duke Law, is the organization’s president.

“The American Law Institute has a wonderful history and an exciting and important future,” Levi said in a statement from ALI. “I am grateful to have these outstanding practitioners, judges, and academics join the ALI and add their wisdom and talents to our Restatements, Principles of the Law, Model Penal Code, and other projects.”