Two Duke Law scholars have been honored with Distinguished Chair awards from Duke University. Professors Samuel W. Buell and Margaret H. Lemos are both the inaugural recipients of their respective distinguished professorships, which were announced by President Richard H. Brodhead on April 30. The professorships take effect on July 1.

Duke chairs are given to faculty members with substantial records of scholarly achievement who have made outstanding contributions within their fields.

“Professors Sam Buell and Maggie Lemos are talented and  admired members of the Duke Law community — insightful, influential scholars in their respective fields, superb teachers, and caring mentors and colleagues,” said Dean David F. Levi. “They are both highly deserving of this honor.” 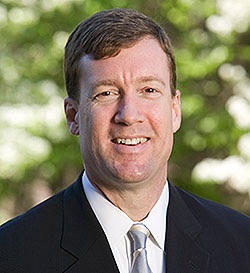 In addition to his general expertise in criminal law, Buell is widely considered to be one of the nation’s leading scholars on white-collar crime, an area of inquiry and research that has become increasingly prominent since the global financial collapse in 2008. Prior to joining the academy, Buell served as an assistant U.S. attorney in New York, Boston, and Washington, and served as lead prosecutor for the Department of Justice’s Enron Task Force. These experiences prepared him to consider and write about the theoretical questions that underpin our criminal justice system. Most recently, his research and teaching have focused on important issues such as the conceptual structure of white-collar offenses, the problem of behaviors that evolve to avoid legal control, and the treatment of corporations and white-collar offenders in the criminal justice system.

“Professor Buell’s keen, original insights have often challenged the conventional wisdom on such matters as ‘overcriminalization,’ abuses of prosecutorial discretion, and modification of sentencing practices,” said Levi. “His research and scholarship have had great influence over questions as fundamental as how ‘corporate crime’ is — and should be — defined.”

Mark ’78 and Jill Fishman established the Bernard M. Fishman Professorship in 2012 to honor Mark’s late father and business partner. Fishman is the CEO of F&T Apparel LLC and a life member of the Law School’s Board of Visitors. The Fishmans have also facilitated need-based financial aid for Duke Law students through their longtime support of scholarships and fellowships.

“This is one of those ‘I never would have thought’ moments in life,” Buell said. “To be honored by my colleagues at the great Duke University with a distinguished professorship, and to have this honor in the name of the Fishman family, who have been so devoted to our mission here at Duke in legal education and scholarship, is both unreal and simply delightful." 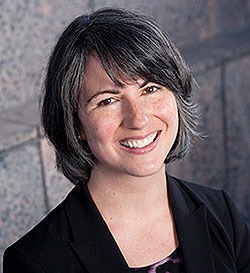 Lemos, a public law scholar, writes in the interrelated fields of federalism, administrative law, statutory interpretation, and civil procedure and is well known for scholarship that opens new fields of inquiry into what had previously seemed to be settled questions Her research pioneered the notion of “statutory delegation,” that Congress might deliberately leave statutes vague to enhance the courts’ interpretive authority, as well as highlight previously overlooked conflicts of interest and political pressures inherent in decisions by state attorneys general to enforce (or not enforce) federal law. Lemos has also written of the dangers of using law enforcement as a tool to raise revenue, an issue whose importance has been highlighted by recent events. In addition to her ambitious and influential scholarly agenda, Lemos was awarded Duke’s Distinguished Teaching Award in 2013.

“Professor Lemos is a wonderful scholar and teacher,” said Levi. “She has emerged as one of the top public law scholars of her generation with scholarship that offers new insights into how legal institutions such as courts, state attorneys general, and law enforcement actually function in practice. With research that contributes to our understanding of how our legal institutions function, she is identifying and explaining problems in a way that allows for new approaches and solutions.”

Terry G. Seaks PhD ’72 established the Robert G. Seaks LLB ’34 Professorship, which honors his father, in 2013. Robert Seaks, who specialized in regulatory work with the Washington, D.C., firm of Wheeler & Wheeler after a distinguished career in industry and public service, holds the record for being the youngest Duke Law graduate to receive the Willis Smith Prize for the outstanding graduate in his class. During World War II, he served as a Navy code-breaker in Pearl Harbor alongside a young officer named John Paul Stevens. They both received Bronze Stars for their service and were close friends until Robert Seaks’ death in 1992. Terry Seaks reconnected with Duke Law when Justice Stevens spoke at the Law School’s 2012 hooding ceremony.

“Robert Seaks was such a superstar at Duke, and in life,” said Lemos. “It’s a huge honor to receive a professorship in his name, made more special still by his connection to Justice Stevens. I had the pleasure of meeting Terry Seaks when Justice Stevens delivered the commencement address a few years ago. My father and Terry’s were contemporaries, both Navy men during WWII. I can relate to Terry’s enormous pride in his father — and hope that I can do justice to his wonderful gift to Duke.”

Both the Seaks and Fishman professorships were established with leadership gifts matched by funds from the Star Challenge Fund established in 2011 by Stanley ’61 and Elizabeth Star.