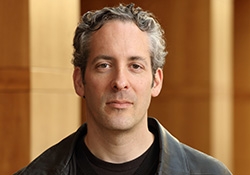 Criminal justice research and policy in North Carolina will be the focus of a new interdisciplinary project at Duke led by Brandon Garrett, the L. Neil Williams, Jr. Professor of Law.

Garrett, a scholar of criminal justice outcomes, evidence, and constitutional rights, said the project will collect and analyze local state-level data relevant to a wide range of policies, including those aimed at improving the fairness of criminal justice outcomes, developing new approaches towards policing and prosecution, preventing wrongful convictions, promoting recovery and treatment, diverting low-risk offenders, and facilitating re-entry for the formerly incarcerated.

The project will also examine issues at the intersection of criminal justice and health, including addiction and mental health, in collaboration with Dr. Jeffrey Swanson, Dr. Marvin Swartz, and Dr. Allison Robertson, professors in psychiatry and behavioral science in the School of Medicine.  Swanson is a leading epidemiologist of serious mental illness, Swartz is an influential scholar of the effectiveness of services for severely mentally ill individuals, and Robertson is a researcher focused on criminal justice diversion and the treatment of mentally ill and substance using individuals.

“In short, we hope to do empirical research with the potential to inform policy at all phases of the criminal justice system in North Carolina,” said Garrett, who joined the Duke Law faculty on July 1 from the University of Virginia School of Law.

Will Crozier and Karima Modjadidi, postdoctoral research fellows in psychology who share space with the Duke Initiative for Science & Society, will work with Garrett on the projects, as will law students in a new Criminal Justice Policy Lab course he is teaching this fall. The team plans to work on studies of life without parole sentencing patterns; state post-conviction appeals; drivers’ license suspensions for failure to pay fines or fees or failure to appear in court; and employment opportunities for felons who receive certificates of rehabilitation. They are reaching out to state and local criminal justice stakeholders to collaborate on these projects. Garrett recently filed an amicus brief to the North Carolina Supreme Court, signed by scientists and scholars, in a case involving fingerprint evidence.

The new project is supported by a $320,000 grant from the Arlington, VA, based Charles Koch Foundation, which supports a wide range of research in areas such as criminal justice and policing reform, free expression, foreign policy, economic opportunity, and innovation. Garrett’s ongoing work on criminal justice policy is also funded by the Laura and John Arnold Foundation, which has supported his research on eyewitness memory, and the Center for Statistics and Applications in Forensic Evidence (CSAFE), which has supported his research on forensic science.

Garrett was one of three UVA Law faculty who began a similar project looking at criminal justice policy in Virginia last year. Their first report, which assessed judges’ use of a statewide risk assessment program in considering alternatives to incarceration for nonviolent offenders, was presented to the Virginia Criminal Sentencing Commission in April. He will continue to work on that research.

A well-known scholar and teacher who uses a variety of methodologies in a wide-ranging research agenda, Garrett is the author of five books, including The Death Penalty: Concepts and Insights (West Academic, 2018) (with Lee Kovarsky); End of its Rope: How Killing the Death Penalty Can Revive Criminal Justice (Harvard University Press, 2017); and Convicting the Innocent: Where Criminal Prosecutions Go Wrong (Harvard University Press, 2011). His work was recently cited by U.S. Supreme Court Associate Justice Stephen Breyer in a dissent to the denial of two death-row inmates’ petitions for certiorari.