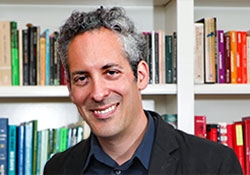 What happens when the results of forensic tests that fail to place a defendant at the scene of a crime are withheld? According to a friend-of-the-court brief written by Professor Brandon Garrett and signed by 40 scholars who “share an interest in the quality and improvement of forensic science,” what often follows is a wrongful conviction. Their Brief for Amici Curiae was filed in the U.S. Court of Appeals for the Fourth Circuit on Oct. 1 to support Wrongful Convictions Clinic client Ronnie Long’s claim that the state’s suppression of exculpatory forensic evidence has led to his improper incarceration for more than 42 years.

“The point of our brief is simple,” said Garrett, an influential scholar of criminal justice outcomes, evidence, and constitutional rights, who has extensively studied the root causes of wrongful convictions and has several ongoing inquiries dedicated to rectifying flaws in the collection, perception, and evidentiary use of forensic science. “First, we aim to highlight from a scientific, legal, and ethical perspective, that it is never appropriate to conceal exculpatory evidence, and second, that such evidence is powerful at trial.”

Many of the signatories are scholars of such disciplines as law, ethics, forensic science, medicine, and statistics at five universities, including Duke, involved in a new collaboration of the Center for Statistics and Applications in Forensic Evidence (CSAFE). The project’s goal is to highlight important scientific concepts to improve legal decision-making, also a central goal of the experts’ brief.

Long is serving a life sentence for a 1976 rape in Concord, N.C., that he has continually maintained he did not commit. The opening brief filed with the Fourth Circuit by the Wrongful Convictions Clinic on his behalf in late September argues that every court proceeding in which he has sought to prove his innocence since his arrest has “been tainted by the State’s persistent suppression of favorable evidence.” Testing on the bulk of forensic evidence collected from the crime scene, in fact, excluded him as a possible perpetrator, according to the brief: Suppressed reports excluded him as the source of hair found there, established that his hair was not present on the victim’s clothes, determined that his clothing had no traces of paint or fibers from the crime scene, and that matches recovered from the crime scene were different from those found in his car.

“The impact this suppressed evidence would have had on Long’s trial is profound,” according to the brief, which is signed by Associate Clinical Professor of Law Jamie Lau ’09 and Charles S. Rhyne Clinical Professor of Law Theresa Newman ’88, the clinic’s supervising attorney and co-director, respectively. Advanced clinic students Kamm Townsend ’19, Evan Cartagena ’19, and Sarah Milkovich ’19 helped draft the opening brief during the fall 2018 semester.

The Fourth Circuit appeal comes after the U.S. District Court for the Middle District of North Carolina found that while information favorable to Long’s defense was, indeed, withheld from his trial counsel and court, a state court had reasonably determined that suppression to be immaterial to his conviction and, thus, made an order of summary judgement in favor of N.C. Secretary of the Department of Public Safety Erik Hooks.

In his amicus brief, Garrett, the L. Neil Williams, Jr. Professor of Law, emphasizes “the importance of firm post-conviction judicial intervention in order to reopen cases like that of Mr. Long in which exculpatory forensic evidence was concealed in a violation of “basic norms of sound science and professional ethics.” The brief presents research indicating that jurors consistently place a “great deal of weight” on forensic evidence, including exculpatory evidence, that foundational principles of science and the Constitution mandate that forensic exclusions, which can “be truly definitive,” be presented in criminal cases, and that wrongful convictions routinely occur when exculpatory forensic results are concealed from the court and the defense.

Garrett underscores the last point by citing such notorious North Carolina wrongful convictions as those of Greg Taylor and Dwayne Dail, who were both exonerated after long periods of incarceration when it was shown that exculpatory forensic evidence was concealed by investigators or prosecutors. It is now illegal in North Carolina, he notes, “to willfully omit or misrepresent information subject to disclosure in a criminal case.”

The brief concludes: “For all these reasons, both specific to Mr. Long’s case and because of the scientific, ethical, constitutional, and policy implications of the conduct involved, amici respectfully write to emphasize the importance of firm post-conviction judicial intervention in cases — like that of Mr. Long — in which exculpatory evidence was wrongfully concealed.”

“The support from these preeminent scholars for Mr. Long is greatly appreciated,” said Lau. “He has spent more than four decades of his life attempting to demonstrate his innocence, and knowing that he now has support from a community of scholars concerned with criminal justice gives him hope that one day his nightmare will end.”