Marin Levy, a scholar of judicial administration, civil procedure, remedies, and federal courts, is one of nearly 30 Duke Law faculty who are members of ALI. 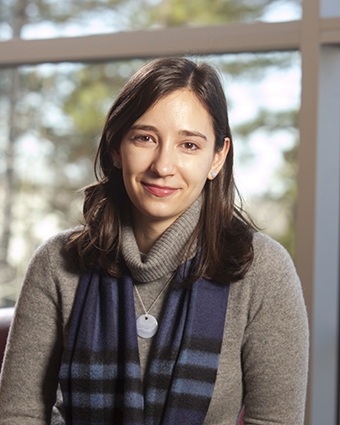 Professor Marin K. Levy, a scholar of judicial administration, civil procedure, remedies, and federal courts, has been elected to membership in the American Law Institute (ALI).

Levy, who directs Duke’s Program in Public Law and is a faculty advisor to the Bolch Judicial Institute, was one of 24 individuals whose membership was announced by ALI on Oct. 15. According to its website, ALI is "the leading independent organization in the United States producing scholarly work to clarify, modernize, and otherwise improve the law."

“As ALI nears its 100th anniversary, I am pleased to welcome this group of lawyers, judges, and scholars and look forward to the insight their expertise will bring to our work, both now and into our second century,” said ALI President David F. Levi, the Levi Family Professor of Law and Judicial Studies, director of the Bolch Judicial Institute, and former dean of Duke Law.

Levy’s work has been published or is forthcoming in the Yale Law Journal, University of Chicago Law Review, University of Pennsylvania Law Review, Cornell Law Review, and California Law Review, among other scholarly journals, and has been discussed in the New York Times, Washington Post, Atlantic, and other public outlets. Levy is also a co-author of “Federal Standards of Review: Appellate Court Review of District Court Decisions and Agency Actions” (2nd ed.) with Judge Harry T. Edwards and Linda A. Elliott.

Levy joined the Duke Law faculty in 2009, and received the law school’s Distinguished Teaching Award in 2017. Prior to coming to Duke, she served as a law clerk to Judge José A. Cabranes of the United States Court of Appeals for the Second Circuit and was an associate at Jenner & Block LLP in Washington, D.C.

Nearly 30 Duke Law faculty and more than 50 alumni are members of ALI. Many faculty participate as reporters, advisers, or consulting members on the group’s projects, including current projects on government ethics, sexual assault, policing, conflict of laws, and other topics.