New speakers series provides academic and historic lens for law students grappling with the high-profile killings of Black Americans by law enforcement in 2020. 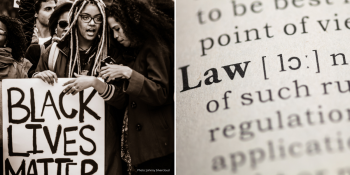 This spring semester, three Duke Law professors renowned for their legal expertise in the areas of colorism, race and politics, and civil right movements developed and taught a new Race and the Law speakers series at Duke Law. The latter came in response to America’s volatile reckoning with its history of systemic racism.

Jerome M. Culp Professor of Law Trina Jones; Guy-Uriel Charles, the Edward and Ellen Schwarzman Professor of Law and co-director of the Duke Law Center on Law, Race and Politics; and H. Timothy Lovelace, Jr., the John Hope Franklin Research Scholar and Professor of Law, collaborated on and shared teaching responsibilities for the course.

“Professors Lovelace, Charles, and I wanted to offer a vehicle through which students might place 2020 in a larger historical frame and through which they might consider the role of law in struggles for racial justice,” Jones said.

“Because these are complex issues, we also wanted to offer them real-time expert commentary on urgent contemporary challenges, as well as our own differing perspectives. Thus, we decided to co-teach the law school’s Race and the Law seminar and to construct a speakers series for students who could not enroll in the seminar.”

The readings and class discussions provided Duke Law students with an informed academic and historic lens through which to view 2020—a year marred by political unrest, a worldwide health crisis, and the high-profile deaths of Black Americans George Floyd, Breonna Taylor, and Ahmaud Arbery, among others. The speakers series gave students direct access to notable activists, authors, and scholars on the front lines of racial justice work.

Serena Tibrewala JD/LLM’21 said, “Unfortunately, most legal classes do not tackle the fundamental question of how racism impacts the law and, perhaps more importantly, how the law has often upheld and promoted racist views. This class and the speakers were a perfect opportunity for me to dive deeper into these issues and to understand the many facets in which race and the law intersect.” 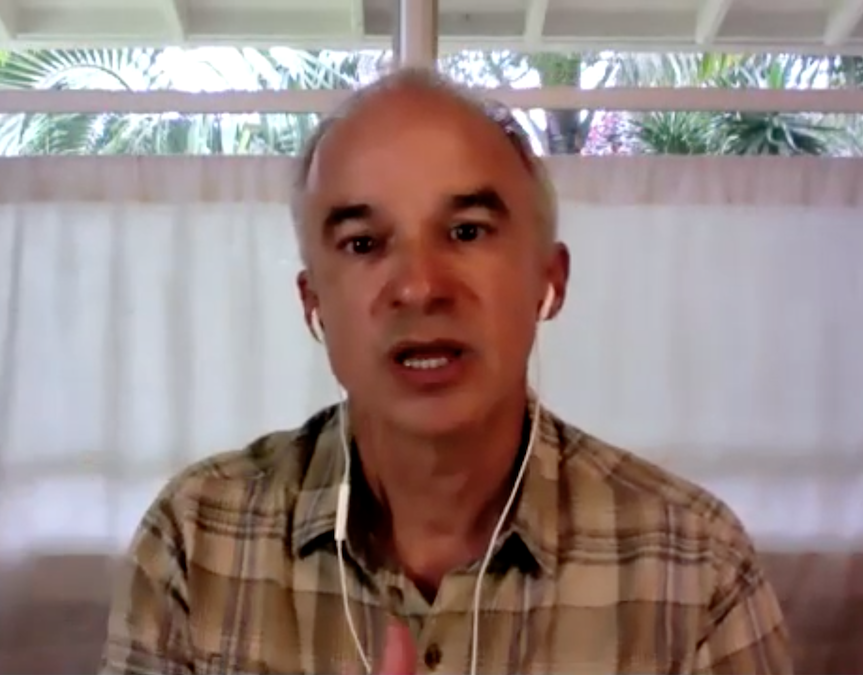 Ian Haney López, a racial justice scholar and the Chief Justice Earl Warren Professor of Public Law at the University of California, Berkeley, spoke to students as part of Duke Law's "Race and the Law" course and speaker series.

Lovelace said, "The Race and the Law seminar and speaker series are highlights in my teaching career. We designed the courses to respond to students' deep interest in diversifying the curriculum, and both courses exceeded our expectations. Each week we had rich and timely discussions with changemakers, thought leaders, and our immensely talented students. It was a model of intellectual and social engagement. We look forward to offering both courses in the future."

Charles said, "I couldn’t wait for class. The students were engaged and wonderful. We learned as much from them as they from us. And Professors Jones and Lovelace were amazing. They are a true gift to Duke Law School and I hope that we continue to cherish them."

As enrollment quickly exceeded the “Race and the Law” seminar’s 18-student capacity, the professors decided to offer the speakers series to all interested students.

“I took the Race and the Law speaker series because I wanted to hear of the approaches taken and conclusions reached directly from the intellectuals who have studied these issues in depth,” said Samson Goriola ’22.

“I wanted the chance to hear the discussions of race that weren’t happening in my other classrooms,” Sasha Kahn ’23 added. “I wanted to hear from speakers who were at the forefront of their movements, who could challenge and confound and leave me wondering what it is I actually believe.”

In the seminar component of the course,  students actively engaged  with Jones, Charles, and Lovelace, covering a range of topics involving race and the law, including race and the Constitution, the racial wealth gap, racial terror, notions of bodily integrity, access to healthcare, prison abolition, and defunding the police.

“It was refreshing and important to hear student insights, which at times pushed me to reevaluate my own views,” Jones said. “The speakers added an additional layer of complexity.  All were consistently provocative and simply amazing.”

Said Goriola ’22: “I believe the discussions we had in the speaker series have improved my ability to criticize our social framework and its justifications. As a lawyer and a member of society, I hope to leverage this ability in advocating for equitable outcomes.”

The course, Jones said, was intended to empower and challenge students to use their intellectual and innovative skills to devise solutions to America’s deep-rooted racial injustice. Many of the students in the class had been involved in protests against racially-involved police shootings and other anti-racists efforts the previous summer.

“I will take with me a continuing reminder that for every case I read there are undercurrents of race and class that cannot be separated from the result, no matter that party race is left unmentioned and that doctrinal rules are to be ‘objective,’ Kahn said. “This was something that occasionally entered my headspace, but following the discussions with several of the speakers in LAW605, I think about it constantly.”

Tibrewala said, “It’s hard to feel like any individual action we undertake will have any impact when our society is fraught in many ways, but this class was a powerful reminder of the amazing work that so many are doing around us.”