Professor Neil S. Siegel has worked in a similar capacity during the confirmation hearings for five other Supreme Court justices. 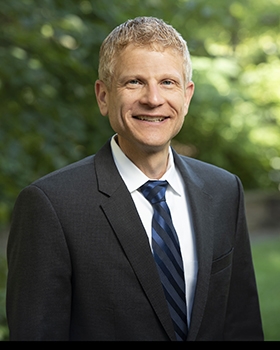 Neil S. Siegel, the David W. Ichel Professor of Law and Professor of Political Science at Duke Law School, is serving as special counsel for U.S. Senator Christopher Coons during the confirmation hearings for U.S. Supreme Court nominee Ketanji Brown Jackson. The hearings, held by the Senate Judiciary Committee of which Coons is a member, are scheduled to begin March 21.

Jackson, a federal judge on the U.S. Court of Appeals for the District of Columbia Circuit since June 2021, was nominated by President Joseph Biden on Feb. 25 as his choice to replace retiring Associate Justice Stephen Breyer, who has served on the Court since 1994. If confirmed by a simple majority vote in the Senate, Jackson would be the first Black woman to serve on the Supreme Court. From 2013 to 2021, she served as a district judge for the United States District Court for the District of Columbia. From 2010 to 2014, she was vice chair of the United States Sentencing Commission.

A scholar of constitutional law, politics, and theory, Siegel teaches Duke Law students, undergraduates at Duke University, and judges in Duke Law’s Master of Judicial Studies Program. He also directs Duke Law’s Summer Institute on Law and Policy. Siegel is a graduate of Duke University and Berkeley Law, where he also received a Ph.D. in Jurisprudence and Social Policy. He clerked for Associate Justice Ruth Bader Ginsburg during the Supreme Court’s October 2003 term.