The brief, filed Jan. 25 in West Virginia v. EPA, argues that the Clean Power Plan in no way intrudes upon the Federal Energy Regulatory Commission's statutory or regulatory authority to regulate rates and to oversee grid reliability. 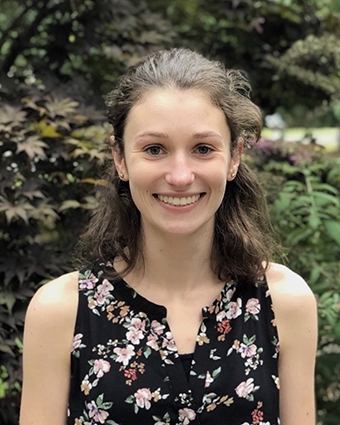 Environmental Law & Policy Clinic Fellow Emma Wellbaum ’21 and Professor of the Practice Steve Roady ’76 filed an amicus brief in the U.S. Supreme Court on behalf of eight former commissioners of the Federal Energy Regulatory Commission in a case contesting the regulation of greenhouse gas emissions.

The brief, filed Jan. 25 in West Virginia v. EPA, argues that the Clean Power Plan, initially proposed by the U.S. Environmental Protection Agency in 2015 as a way of reducing greenhouse gas emissions, in no way intrudes upon the Commission’s statutory or regulatory authority to regulate rates and to oversee grid reliability. In addition, it highlights the ongoing transition in the energy sector that has dramatically shifted the generation of power away from sources that emit high amounts of greenhouse gases, and points out that this transition undermines any need for a ruling by the Court now that the plan is no longer in effect.

The eight former commissioners, five of whom served as chair, were appointed by presidents of both parties and collectively served for a total of 42 years between 1977 and 2017. Three also served on state public utility commissions.

The EPA finalized the Clean Power Plan, which set carbon emission standards for existing power plants in the United States for the first time, in 2015. A court challenge resulted in the plan being stayed by the Supreme Court in 2016, and three years later, the EPA replaced it with less stringent standards in a new Affordable Clean Energy rule. A coalition led by the American Lung Association then sued the EPA for scrapping the Clean Power Plan. In January 2021, the U.S. Court of Appeals for the District of Columbia Circuit vacated the Affordable Clean Energy rule and then, at the request of EPA, also vacated the Clean Power Plan so that the agency could work on a new rule.

Although no rule addressing carbon emissions from existing power plants is now in place, the Supreme Court has agreed to entertain a challenge to the D.C. Circuit decision, and has scheduled argument for Feb. 28. Among other things, several parties contend that the vacated 2015 Clean Power Plan impermissibly relied upon a strategy to encourage the shifting of power generation from high-carbon emitting sources to lower-carbon emitting sources. Under their theory, EPA's approach encroaches on the jurisdiction of FERC and the states under the Federal Power Act.

The brief of the former FERC commissioners dismisses this theory as meritless. It states that the former FERC commissioners are not aware of a single case in which the Commission has challenged an EPA rule aimed at the power sector as intruding on their jurisdiction. The brief also notes that Congress intended the Clean Air Act to be used by EPA to regulate air pollution from power plants, while FERC was authorized by the Federal Power Act to focus on entirely different questions related to just and reasonable wholesale rates and the reliability of the bulk power system.

Given the energy sector’s profound shift away from high-carbon emitting sources of energy, such as coal-fired power plants, to lower-emitting sources powered by wind, solar, or natural gas, any new EPA rule would address a set of circumstances that differ significantly from those in place when the Clean Power Plan Rule was first issued, the brief contends. In light of this situation, it argues that the Court should preserve the regulatory flexibility of the EPA.

A copy of the amicus brief can be found on the website of the U.S. Supreme Court.