In its sixth year, the D.C. Summer Institute on Law and Policy will offer courses in legal reasoning, constitutional law, persuasive argument and legal analysis, and a novel course highlighting the three most prominent roles that lawyers hold in public service: as a judge, in Congress, and as an executive branch advisor. 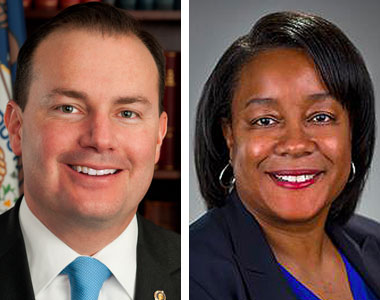 David F. Levi, the James B. Duke and Benjamin N. Duke Dean of the School of Law and the former Chief United States District Judge for the Eastern District of California, will teach Lawyers Branching Out: The Courthouse, the Capitol, and the White House alongside Sen. Mike Lee, R-Utah, and Danielle Gray, who served as a senior advisor and cabinet secretary to President Barack Obama. They will offer the course in the second of the institute’s two-week sessions of evening classes, beginning on July 23. The first session begins on July 9.

“Our goal is to provide the students with a window into how lawyers use their training, and what it is like, to ‘practice’ at the highest levels of the federal government — in the legislature, the executive branch and the judiciary.” Levi said. “It is such a bonus to have with me Senator Lee and Ms. Gray. They are superstars and have a wealth of experience and insight. They also well cover the political and government landscape. Students will be so fortunate to have the experience of learning from them. They are both delighted to be a part of this course as am I.”

The class is a fitting complement to the institute’s core offerings, which provide an introduction to law school for undergraduate students, recent college graduates, and working professionals considering law school. “We always knew we wanted to help undergrads and recent grads decide if they want to go to law school, and no other such program offers the opportunity to take classes with faculty members at a top law school,” said Neil Siegel, the David W. Ichel Professor of Law and Professor of Political Science, who directs the institute.

“I love teaching students who are new to the study of the law,” Rich said. “It’s exciting to work with students at the early stages of their legal education, when so many things are brand new and you can see the learning happening immediately.”

Daniel Strunk T’14, who majored in political science and economics at Duke University, said the two summers he spent working in Washington, D.C., and taking classes at the institute helped solidify his conclusion that law school was the right choice for him.

“It was incredibly valuable to get an understanding of legal reasoning in a small group setting,” said Strunk, who is currently a student at Yale Law School. “It is a way of thinking that is fundamentally different from undergraduate coursework. Having now experienced both the D.C. Summer Institute and real law school classes, I can vouch that the institute is a good representation of what a small group discussion course at a law school might look like.”

“I knew after that first class that law school would be the right thing for me, and I learned more than I ever could imagine in a short, two-week class,” she said, noting that she had been considering pursuing a graduate degree in public policy. “It was really valuable because not only did it help me feel more confident in my decision to apply to law school, but it really helped me at my job.”

Students enrolled in the institute have “remarkably varied” backgrounds with “a huge range of experience, knowledge, and information” regarding the legal profession, said Siegel, who has led the institute since its launch in 2013 and consistently meets one-on-one with students outside of the classroom.

“Part of the program’s mission is to create more of a pipeline to law school,” particularly for first-generation college students, Siegel said. “Meeting with students before class, and engaging with them in class, helps put them in a better position. They feel empowered to decide whether law school makes sense for them. The legal profession ought to become more diverse if it’s going to serve a diverse nation. We’re trying in our own way to contribute to that effort.”

For more information and to register, visit the D.C. Summer Institute website.