After spending four years working in Washington, D.C., most recently for the Brookings Institution, Khaled Fayyad is changing course to begin his JD studies at Duke Law.

“I'm very excited to be here because it was a very intentional switch. It was a complete break from what I was doing,” said Fayyad, who was working on communications strategy for the Brookings Institution’s global economy and development program.

Fayyad is one of 227 students in the 1L class, who represent 131 undergraduate institutions. They were selected from a pool of nearly 5,000 applicants.

“There are a lot of opportunities I’m excited to take advantage of. Orientation was really energizing.” Fayyad said. “That’s one of the things about Duke, aside from its world renowned faculty, you have all these amazing opportunities to experiment with clinical programs and pro bono work during your time here. Being out of school for four years I’m really appreciating being a student again and having access to all the resources the Duke community has to offer.”

Fayyad, who was born in the U.S. and grew up in East Jerusalem, said he had not had much exposure to American history and government when he began his undergraduate studies at the University of Texas in Austin.

“I became fascinated by the American legal system through constitutional law classes and other U.S. government and history courses I took,” he said.

He said his upbringing gives him an interesting perspective on his studies.

“I think your life experiences have a lot to do with how you think about issues related to the law and justice,” he said. “But I feel like all the students here have such a diverse array of backgrounds and perspective. Not just in terms of where they come from but their professional backgrounds, their interests, their passions, and we all converge in this place because we all want to get the same quality training that will allow us to become advocates for those issues we care most about.” 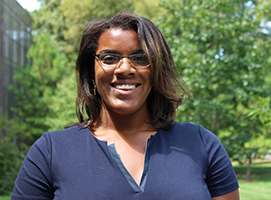 Sydney Booker will be seeing some familiar faces in her Duke Law classes.

While working as an associate at Deloitte Financial Advisory Services in Washington, D.C., Booker tested the waters of law school by registering for Duke Law’s D.C. Summer Institute on Law and Policy, taking classes with Professors Neil Siegel and Charles Dunlap on constitutional law and national security, respectively. Booker learned about the program from her mother, a graduate of Duke University.

“The classes were fascinating and gave me real insight into what law school would be like,” Booker said. “I walked away thinking not only was law school for me, but attending Duke, an institution with engaging professors who are thought leaders in their fields, would be an incredible opportunity.”

A Princeton graduate with a degree in public and international affairs, Booker was encouraged to pursue law school by her thesis advisor Anne-Marie Slaughter, former director of policy planning for the U.S. Department of State.

“My plan at the moment is to pursue a transactional practice in international law and public policy,” Booker said. “Even though I am coming to Duke with a focus in international policy, I plan to take advantage of all that Duke has to offer over the next three years. So we’ll see if I’m still there in three years.” 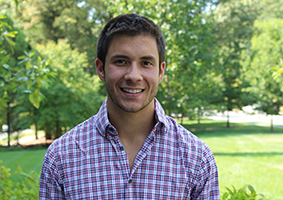 Elliot Bertasi first considered law school while working on a research project in Uganda during his junior year at the University of Tennessee.

“When I was there I had the opportunity to work with a group of legal advocates who handled human rights issues for juveniles in northern Uganda,” Bertasi said.

Following his graduation, Bertasi spent time in both Washington D.C. and Tanzania working in strategic planning and support for USAID where he did research, policy outreach, and data management for the organization’s foreign assistance dashboard.

“The first experience I had in Africa was living in a more rural town,” he said. “The second was working in the U.S. embassy, living in U.S. Foreign Service housing. Both of these experiences were really awesome because I had two very different perspectives of what living abroad was like and experienced two distinct parts of the culture.”

Bertasi said he chose Duke because of his interest in international law.

“The most significant appeal was the international perspective Duke has and the connections Duke has internationally,” he said. “The International Human Rights Clinic is definitely something I’ve thought about. The clinical opportunities at Duke Law were very attractive to me. To work in a clinic and to actually work with real clients is what I’m looking forward to the most.” 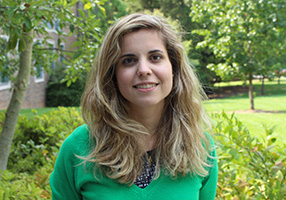 “I want to specialize in international arbitration, and that’s an area where having a JD from the U.S. or another big international jurisdiction has a big impact on your practice,” Borges said.

She was attracted to Duke Law after hearing from a friend who completed the school’s LLM program.

“It was by far the most enthusiastic response I had from an LLM program,” she said. “I also had the chance to talk to a couple professors and I thought everyone was very receptive and very engaged with research, and that’s something that’s important to me.”

Borges’ previous experience in the U.S. was as an exchange student at the University of Wisconsin in Madison.

“I think the climate here [in Durham] will make it more fun,” she said. “Living in the U.S. is already a big experience. From what I hear Duke is a great place to be and it’s a very close community, so I think that is going to make my transition to working abroad easier.” 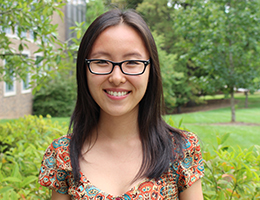 Sharon Yao, a graduate of Duke University’s Trinity College, didn’t have a difficult time choosing where to apply to law school.

Yao was first introduced to the Law School on a trip to Panama with the Duke branch of Global Brigades, a volunteer organization providing pro-bono legal assistance on human rights issues, where she assisted with the organization’s legal clinics. A Duke Law student was also on the trip and encouraged her to get involved with the Innocence Project.

“My involvement with that made me see that doing legal work can be really meaningful,” Yao said. “Because of that I started seeking out more opportunities in the legal field.”

She helped establish the undergraduate branch of the Duke Law Innocence Project and has worked with Legal Aid of North Carolina in Durham and Campaign for Youth Justice in Washington, D.C.

“All of this experience in my undergrad years convinced me that law school was what I wanted to do,” she said.

The class is comprised of 97 LLM students from 41 countries, including the law school’s first students from Mongolia and Cuba. Students include an official from the Vietnamese Ministry of Justice, a former judge from Cuba, an Israeli public defender, and others with experience in legal matters ranging from high-profile corporate mergers and banking and financial regulation to the rights of criminal defendants.