Speakers at the virtual event on Mar. 3-4 will include the heads of Arizona State University, University of Wisconsin-Madison, Carnegie Mellon University, and Rensselaer Polytechnic Institute. 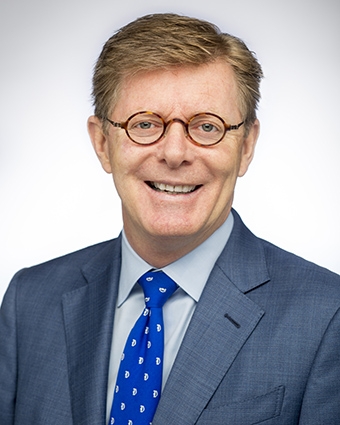 Michael Crow, president of Arizona State University, will deliver the event’s keynote address. Crow will be followed by a panel discussion featuring Price; Rebecca Blank, chancellor of the University of Wisconsin-Madison; Shirley Ann Jackson, president of Rensselaer Polytechnic Institute; and Farnam Jahanian, president of Carnegie Mellon University. Kerry Abrams, the James B. Duke and Benjamin N. Duke Dean of the School of Law, will moderate.

The virtual conference, “The Evolving Role of Universities in the American Innovation System” will be held March 3-4 on Zoom. The Law School’s Center for Innovation Policy is the organizer and is joined by the Center on Law, Ethics and National Security as a co-sponsor. The event is also co-sponsored by Duke’s Office of Research and Innovation and Innovation and Entrepreneurship Initiative.

“We are hoping to generate a dialogue with people who are right in the middle of the innovation ecosystem,” said Simon, who is also senior adviser to Price for China affairs and professor of China business and technology at Duke's Fuqua School of Business. “We hope they can shed some light on what is working, what needs to be fixed, and hopefully new ways to think about how to construct a more high performing innovation system geared to the world of the 21st century.”

The Center for Innovation Policy is a forum for independent, nonpartisan analysis and balanced discussion of policies for promoting technological innovation that enhances long-term social welfare. The center brings together technology and business leaders, government officials, lawyers, and academics to identify improvements in legal frameworks and policies that directly affect innovation outcomes. Rai and Benjamin serve as faculty co-directors.