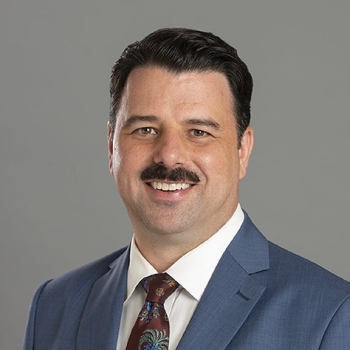 Buccafusco is a professor of law at Yeshiva University’s Benjamin N. Cardozo School of Law, where since 2015 he has taught courses on torts, copyright, innovation and intellectual property, and design law, and directed its Intellectual Property & Information Law Program. He also has served as associate dean for faculty development.

Buccafusco is a graduate of Georgia Tech and the University of Georgia School of Law and earned a master’s degree in the history of culture from the University of Chicago. From 2009 to 2015 he was a faculty member of Chicago-Kent College of Law at the Illinois Institute of Technology, where he won the university-wide Excellence in Teaching award in 2013.

In the fall semester, Buccafusco will teach Copyright and Torts, and he will teach Design Law in the spring.

“He is such a provocative, insightful scholar,” adds William Neal Reynolds Professor of Law James Boyle. “His work on design has been very influential, as has his empirical work on everything from the concept of ‘tarnishment’ to the special value that creators assign to their own creations.

“Just as importantly, Chris is a wonderful colleague. He is, famously, one of the nicest people in legal academia. He is a great teacher and a good friend — the kind of person who makes an institution better. We are so lucky to have recruited him.”

Raised in Augusta, Georgia, Buccafusco’s parents were both scientists, a path he pursued for a short time at Georgia Tech before switching to an interdisciplinary humanities program. At his father’s urging he applied to law school, where his studies didn’t click until he discovered an intellectual kinship with certain faculty members.

“I was a really grumpy first-year student who just didn’t get it at all and didn’t do well,” he recalls. “And then I met some faculty members who I started talking to about research and I realized, ‘This is pretty cool. You get to write and think about ideas and it’s not just abstract — it matters to people’s lives.’”

Buccafusco laid the groundwork for his own academic career during his master’s program at the University of Chicago where he developed connections between law and other disciplines that form the basis for much of his scholarship. He also met frequent collaborators John Bronsteen and Jonathan Masur, with whom he has teamed on scholarship that applies findings from the social sciences to questions of public policy, including crime and punishment, with a special focus on how law can optimize human well-being.

Their book Happiness and the Law (University of Chicago Press, 2015) which advocates for well-being analysis as the proper measurement of human welfare, is an extension of previous scholarship that incorporates the relatively new field of happiness research. This includes “Well-Being Analysis vs. Cost-Benefit Analysis,” 62 Duke Law Journal 1603 (2013), and “Welfare as Happiness,” 98 Georgetown Law Journal 1583 (2010), in which they argue, “[W]ell-being is neither preference-satisfaction nor nature-fulfillment but rather happiness or positive affect — feeling good. ... If we are right that happiness constitutes well-being, then law and public policy should turn their attention in that direction insofar as they aim to improve people’s lives.”

Matthew Adler, the Richard A. Horvitz Professor of Law and professor of economics, philosophy and public policy, calls Happiness and the Law “a pioneering text” that explores what it would mean to center legal doctrines and institutions on happiness. Adler says Buccafusco’s scholarship on happiness adds to a body of revisionary literature developed over the last several decades that is having a significant influence on governmental practice in some countries.

By nature an interdisciplinary scholar and bridge-builder, Buccafusco plans to organize a conference at Duke Law on the relationship between health, innovation, and well-being, and how the ways in which health and innovation are regulated improves — or fails to improve — people’s lives.

“I think it’s an important project for the law to take on,” he says, noting that Adler and Elvin R. Latty Professor Arti Rai are among the leading scholars working at the intersection of administrative law, health law, and intellectual property.

In “Drugs, Patents, and Well-Being,” 98 Washington University Law Review 1403 (2021), he and Masur write about how the patent system incentivizes the development of innovations, especially in the pharmaceutical industry, that make money for their inventors rather than improve human welfare. They propose reorienting pharmaceutical incentives “toward drugs that will have a significant impact on welfare, particularly for poorer and underserved populations, and away from drugs that are profitable but do little to improve human life.”

Buccafusco has written widely on intellectual property rights in product and fashion design, and how design protection regimes can balance incentives and competition. In “Disability and Design,” 95 New York University Law Review 952-1021 (2020), he reviews how antidiscrimination and social welfare laws have driven accessibility design and discusses how policymakers can utilize incentives to encourage innovation in accessible technology.

In “Intelligent Design,” 68 Duke Law Journal 75 (2018) he, Masur, and Mark Lemley point to failures in IP law’s screening regime that make it too easy for designers to gain protections that are overly broad, and propose a new design protection framework that would balance incentives and competition.

Buccafusco is a frequent commentator on issues of copyright infringement in popular music, and in the essay “There's No Such Thing as Independent Creation, and It's a Good Thing, Too,” forthcoming in William & Mary Law Review, he rethinks the current standard of originality and copying in copyright law, rejecting the independent creation doctrine as based on outmoded and disproven psychological assumptions about how human brains and memory work. The source of creation is essentially unknowable by outsiders, he says, and the doctrine’s central role in copyright law privileges plaintiffs’ claims over those of defendants. He proposes treating each party’s assertion of independent creation equally or eliminating the doctrine from copyright law altogether.

“Rather than asking whether an author copied earlier works, we might simply ask whether the work is sufficiently different from earlier works that copyright law wants to treat it as valuable — i.e., valid or non-infringing,” he writes. “This change would focus the law’s attention on what matters most, while removing the distortion and expense of litigating independent creation.”

Much of Buccafusco’s research involves employing empirical and experimental methods to test the real-world effects of laws, legal policies, and practices. In “Framing Vaccine Mandates: Messenger and Message Effects,” forthcoming in the Journal of Law and the Biosciences, he and co-author Daniel Hemel surveyed U.S. adults on a new COVID-19 employer vaccine requirement and found approval rose by about 13 percentage points when the policy was recast as an agency testing mandate rather than the president’s vaccine mandate. And in “Price Gouging in a Pandemic,” forthcoming in the Ohio State Law Journal, he and co-authors Hemel and Eric Talley surveyed consumers to find the conditions under which their tolerance for price increases rose, and explored the implications for behavioral economics, pricing practices, and legal reform.

In a 2021 paper, “Measuring Brand Congestion in Bordeaux: Too Many Towers, Hills, and Crosses?” Buccafusco and co-authors Masur and Ryan Whalen conducted an empirical analysis of more than 12,000 wine producers in Bordeaux, France, finding a high prevalence of similar names: More than 28% of the producers have an identical or virtually identical name to at least one other producer. This creates difficulty for new producers entering the market and confusion among wine consumers, they write. Further study on the topic is underway that will shed light on how similar or distinctive names affect wineries’ abilities to benefit from their investments, improve their products, and improve their sales.

Applying research methods to topics of broad interest has brought Buccafusco notice outside academia. A 2014 article he cowrote for Slate on the economics of reclining seats on airplanes received widespread media coverage and is still referenced when the perennial hot-button topic comes up. He co-authored a commentary for Billboard magazine arguing that unlike previous forms of “payola” — paying radio programmers to play songs without disclosing the payment — allowing artists to give up royalties to get their songs on Spotify playlists benefits consumers by providing them with more musical variety. Buccafusco and co-author Kristelia Garcia expand on the topic in “Pay-to-Playlist: The Commerce of Music Streaming,” forthcoming in UC Irvine Law Review, analyzing the history of payola and its application to modern-day digital music streaming platforms to argue that regulators should adopt a hands-off approach.

“Chris Buccafusco is one of the most exciting thinkers in our field,” says Clinical Professor Jennifer Jenkins ’97, who directs the Center for the Study of the Public Domain. “I have followed his work for years — particularly his empirical work challenging commonplace assumptions about creator and consumer behavior, and about the public domain. I’m ecstatic that he will be bringing his energy and talent to our community.”

Buccafusco notes that relocating to North Carolina has several advantages: more room for his wine collection, Durham Bulls games, and proximity to Atlanta, where he has close family and a favorite Major League Baseball team. He also is looking forward to making connections across disciplines at a world-class university and being part of a law faculty he calls “brilliant, collegial, thoughtful, creative, and collaborative” in many ways.

“It’s exciting to feel like I’m joining a community where people take their scholarship and their studies really seriously, but are also respectful and friendly,” he says. “I’m looking forward to being a part of that and getting to play with ideas with a new group of students and colleagues.”