Duke Law faculty are cited in a quarter of the amicus briefs filed in the first gun rights case the Supreme Court will decide in more than a decade. 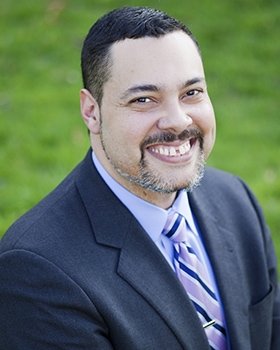 Scholarship by Duke Center for Firearms Law faculty is cited in a quarter of the 84 briefs filed in a major gun rights case before the Supreme Court, demonstrating the center’s emergence as a leading source on Second Amendment issues. Of the briefs filed in support of the respondents, 60% cited the center's work.

In New York State Rifle & Pistol Assn., Inc. v. Bruen, the first major gun rights case to be decided since 2008’s District of Columbia v. Heller, the Court will rule on the constitutionality of New York’s “proper cause” law regulating handgun carry licenses. Articles, essays, and other writings by Lanty L. Smith ’67 Professor Joseph Blocher and Melvin G. Shimm Professor of Law and Associate Dean Darrell Miller are cited in support of more than 20 briefs filed in the case, as is their book, The Positive Second Amendment: Rights, Regulation, and the Future of Heller (Sept. 2018, Cambridge University Press).

Blocher and Miller also authored, with Eric Ruben, a professor at SMU Dedman School of Law, a “Brief of Second Amendment Law Professors” that was submitted in support of neither party but has been repeatedly cited by the respondent. In it, they focus on a broader issue that is expected to be addressed by the Court’s ruling: whether the two-part test that courts currently apply in evaluating the constitutionality of a challenged gun regulation should be replaced by the “text, history, and tradition” framework, which holds a gun regulation as constitutional if it has an historical precedent. The latter is favored by gun rights advocates, as well as Associate Justice Brett Kavanaugh, but Blocher, Miller, and Ruben urge the court to affirm the more nuanced two-part test as “the proper doctrinal framework to adjudicate Second Amendment claims.” Oral arguments in the closely-watched case were held Nov. 3.

Blocher and Miller are faculty co-directors of the Center for Firearms Law. Scholarship and commentary by Jacob D. Charles ’13, the center’s executive director, is also cited, as are posts on the center’s influential Second Thoughts blog. In addition, several briefs cite work by center faculty affiliates Philip J. Cook, the ITT/Sanford Professor Emeritus of Public Policy Studies at Duke and professor emeritus of economics, and Jeffrey Swanson, professor in psychiatry and behavioral sciences at Duke’s School of Medicine.

In Bruen, the Supreme Court will consider the constitutionality of a New York State law that requires citizens to demonstrate “proper cause” to be granted a license to carry a concealed handgun outside the home. About half a dozen other states have similar laws, governing approximately 80 million Americans. The ruling will address a question left unanswered by Heller, in which the Court held that the Second Amendment protects an individual right to keep and bear arms for certain private purposes, including self-defense in the home. That decision did not say how that right applies outside the home, and lower courts have been divided on that issue.

A brief filed by more than 400 clergy and faith leaders in support of “reasonable gun regulation ... to protect the safety and serenity of places of worship,” cites Miller’s “Constitutional Conflict and Sensitive Places,” 28 Wm. & Mary Bill Rts. J. 459 (2019), in which Miller analyzes the “sensitive places” doctrine, which allows government to restrict or prohibit weapons from places deemed “sensitive,” such as schools, hospitals and government buildings. He concludes that some places are sensitive because they are “sites of conflict between constitutional values,” or “where gun rights come into conflict with other public goods generated by other institutions enabled by other kinds of constitutional rights” including the free exercise of religion in a place of worship, freedom of speech in a school or university, and the right to vote.

“As the doctrine after Heller develops, and as legislators expand all the places and manners in which guns can be carried, we are certain to discover that there will be more and more areas where the basic conflict won’t be rights versus regulation, but rights versus rights,” Miller writes.

In “Second Amendment Equilibria,” 116 Nw. U. L. Rev. 239 (2021), cited in a brief filed by corpus linguistics professors that contests the respondents’ interpretation of the phrase “keep and bear arms,” Miller evaluates how equilibrium-adjustment theory, first articulated by Berkeley Law professor Orin Kerr for Fourth Amendment cases, may be used to resolve questions of Second Amendment doctrine that arise as technological and societal changes threaten the balance between the individual right to keep and bear arms and government power to regulate it.

“New linguistic research of eighteenth-century sources ... proves convincingly that the Founding generation did not ordinarily use the phrase ‘bear arms’ to mean ‘carry weapons,’” he writes. “It would seem that textualism—at least of the “original public meaning” variety—will not suffice to steer the doctrine in the next decade; nor will purposivism—if “purpose” is understood simply to mean self-defense. Equilibrium-adjustment theory may help resolve the impasse and set the doctrine on the right course.”

Some pieces are cited by multiple parties, including Blocher’s “Firearm Localism,” 123 Yale L.J. 82 (2013), cited in 10 different briefs. In the article, Blocher points to a long historical tradition of locally tailored gun control, as well as differing rates of gun violence and recreational gun use across the country, to argue that Second Amendment doctrine and state preemption laws should make distinctions between urban and rural gun use and regulation.

And a recent essay written by Blocher and co-author Reva B. Siegel of Yale Law School is cited in seven briefs, including those filed by the American Civil Liberties Union, the League of Women Voters, and respondent Kevin P. Bruen, superintendent of the New York State Police. In “When Guns Threaten the Public Sphere: A New Account of Public Safety Regulation Under Heller,” 116 Nw. U. L. Rev. 139 (2021), Blocher and Siegel argue that government’s public safety interest in regulating firearms includes preventing not just physical harms such as injury and death, but also social harms such as terror and intimidation. They also argue that government has a “longstanding prerogative, rooted in the common law” to regulate weapons in order to promote a sense of security among citizens going about their daily business and to protect the public sphere on which constitutional democracy depends.

Launched in August 2018, the Center for Firearms Law has become a reliable resource on issues surrounding firearms, gun rights and regulation, and the Second Amendment. In addition to scholarly output, events including symposia and conferences, and the blog, Blocher, Miller, and Charles are frequent media commentators on issues including gun carry regulations, the Second Amendment sanctuary movement, gun manufacturer liability, and extreme risk protection orders, also known as “red flag” laws.