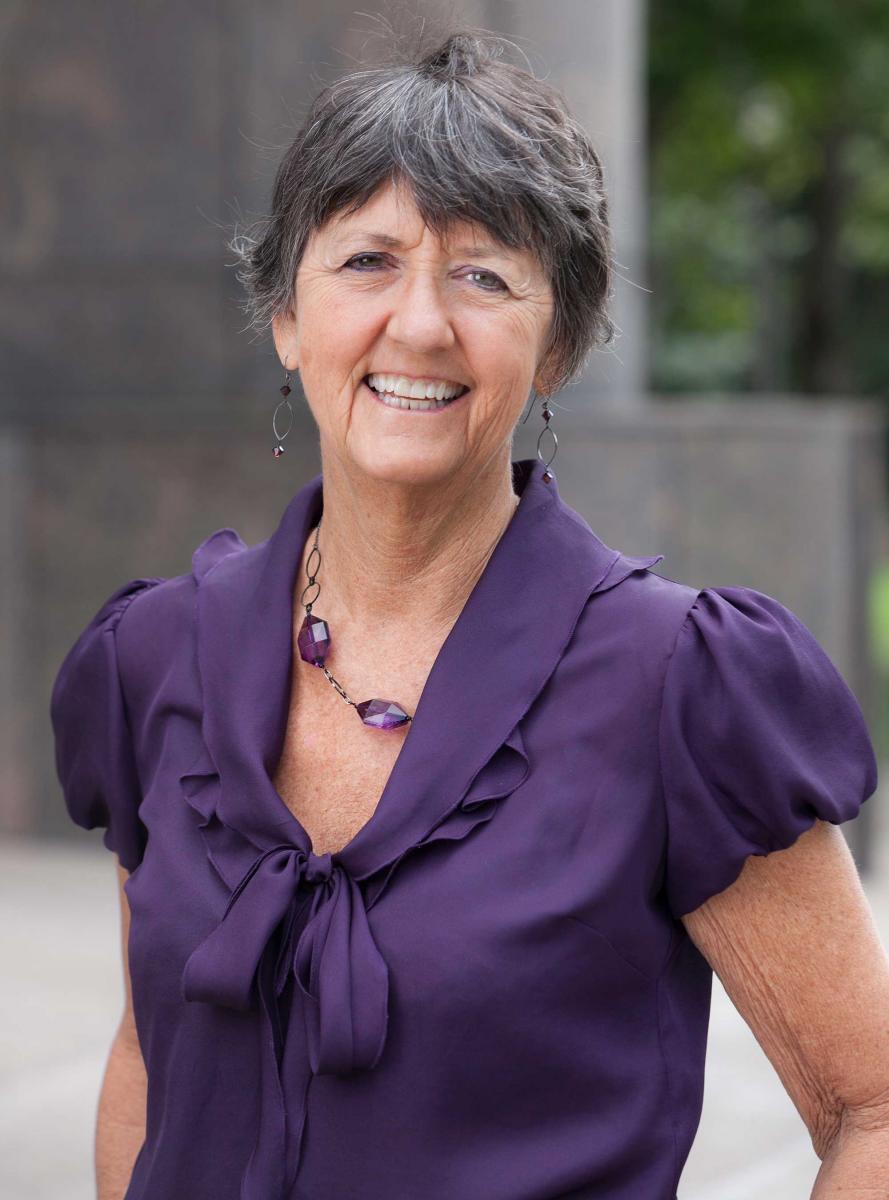 As a first-year student at Duke Law, Frances Mock ’00 found her legal writing instructor, Clinical Professor Diane Dimond, to be “everything you want” in a professor.

“She was a seasoned attorney, wickedly smart, and intensely funny — a delight in the classroom,” says Mock. “She really wanted you to succeed and she showed you how to do it.”

But as “fantastic” as Dimond was in teaching Legal Analysis, Research and Writing (LARW), she was even better at teaching the upper-level Negotiation course, according to Mock. “Each week she provided practical insights into the practice of law,” she says. “She taught us how to be effective negotiators while maintaining our sense of self and our sense of our ethical responsibilities to our clients. That can be a tricky line to navigate as a young lawyer.”

More recently, as a clinical professor who taught LARW for nine years and now teaches Negotiation, Mock discovered that her favorite professor was also a generous colleague and mentor, always willing to share teaching materials as well as strategies and insights for engaging students.

Dimond retired in June after almost 25 years on the Duke Law faculty, having served as director of the Legal Writing Program from 1998 to 2013 and taught more than 50 sections of Negotiation. Dimond, who won the Duke Bar Association’s Distinguished Teaching Award in 2004 and has also taught at the Law School’s summer institutes in Geneva and Hong Kong, has a zeal for teaching that she demonstrated through to her very last class. “She was as engaged, as thoughtful, and as invested in her students this year as she was 20 years ago when I was a 1L,” says Mock. “She genuinely loves helping the students become lawyers.”

Dimond had enjoyed a long career as a litigator in private practice in New York and Raleigh before coming to Duke Law in 1994 to teach Negotiation, then a relatively new subject on the curriculum, as well as legal writing. Along with Clinical Professors Theresa Newman ’88, Jane Wettach, and Allison Rice, she was among the first Law School faculty to make research and writing-specific pedagogy a principal professional focus, marking an institutional shift away from having legal writing taught by research faculty as an add-on to first-year doctrinal courses.

She says she found the transition from practice to teaching to be surprisingly natural: “What I had to bring to the table was knowledge of practical skills and how to practice law. In both courses, I could modify something I had done in practice for use as a classroom problem.” Dimond viewed her task as being to teach students how to be professionals, so she regularly incorporated lessons in ethics and professionalism into her classes. “I considered it my mission to tell students things that I would have liked to have known when I was a beginning lawyer,” she says.

Taking over from Newman in 1997 as director of Legal Writing, Dimond oversaw the full integration of legal research and writing into the core curriculum as skills foundational to professional success. Later, she partnered with David F. Levi, the James B. Duke and Benjamin N. Duke Dean of the School of Law, to make appointments for writing full-time and expand their ranks, resulting in a corresponding reduction in individual class sizes. The Law School also moved LARW from three credit-hours to four to accurately reflect its rigor and developed a roster of subject and skill-specific upper-level courses that affirm a view of legal writing and analysis as a three-year program, as opposed to a single course.

“Diane was an excellent advocate for the Legal Writing Program and for the recognition of the writing faculty, who are all dedicated and skillful teachers, and I truly appreciated that,” says Levi, who calls the Duke way of teaching legal writing one of the “great achievements and distinguishing characteristics” of the Law School. Dimond’s successor as director of Legal Writing, Clinical Professor Jeremy Mullem, agrees: “Under her leadership, a program that was new and ‘settling’ found its footing and became well-positioned to give students the educational experience they need in their first year.”

For Dimond, the heart of LARW — which writing faculty team-teach with research librarians — is to help students start thinking like lawyers. “I would tell my students that it’s like reading when you were in grammar school, critical to everything else,” she says. “They can’t write until they can analyze. They learn how to read a case or a statute, how to understand what it says, and then how to explain it to somebody else.” LARW helps students in all of their other courses and allows them to shine in their summer jobs, and upper-level writing courses hone and cement techniques of persuasive advocacy that are integral to career success, she says.

Mark Sigmon ’05, who specializes in complex and commercial litigation and appeals at Sigmon Law in Raleigh, says Dimond’s emphasis on the importance of good writing as much as the craft was invaluable. “As a litigator, I realize that most matters are determined by the papers nowadays,” he says.

Gabriela Bersuder ’14, a litigation associate at Patterson Belknap Webb & Tyler in New York who held two federal clerkships, says she thinks of Dimond every time she works on a brief — “which is most days.” Dimond’s biggest lesson is always with her, she says: “That writing is a lifelong process and something that takes a lifetime to master.”

Combining insight and humor in the classroom

For the past three years, Dimond has exclusively taught Negotiation. She was recruited to teach the course by Neil Vidmar, the Russell M. Robinson II Professor Emeritus of Law, a social scientist who had introduced it to the curriculum in 1990, and whom she had used as an expert witness in the last “mega-case” she handled in private practice. The two collaborated closely to continually develop legal scenarios of ever-increasing complexity across different practice areas in which students are assigned roles and charged with reaching settlements, alternately negotiating solo, in pairs, and in teams.

“We learned a lot from one another,” says Vidmar of their long and successful partnership on the course, which more than two-thirds of JD and LLM students now take before graduating. Dimond taught Negotiation every semester since arriving in 1994, and sometimes as many as three sections of the simulation-based course per year. Numerous faculty now teach eight sections of the course each year to meet demand, with classes limited to 24 students.

Clinical Professor Casandra “Casey” Thomson, who joined the faculty in 2015 to teach legal writing after practicing complex commercial litigation at Latham & Watkins, was thrilled to have Dimond help her prepare to teach her first section of Negotiation the following year. She likens watching Dimond teach an entire semester of the course on video to getting a master class in teaching. “I got to watch an amazing teacher do what she does,” says Thomson, pointing out that the class discussion often focuses on things that went wrong in a negotiation. “In class, she gets the students to embrace the concept that mistakes are a part of learning. And, even though she didn’t know what students were going to say about their particular negotiation, she was always able to extract the precise learning outcomes that she wanted the students to take away from the discussion — and she made it seem effortless. She was witty and comfortable and made class feel like a conversation, and the level of student participation made it clear that they were also comfortable and engaged.

“I was watching somebody who had perfected an art, and I learned a lot about teaching, and teaching Negotiation specifically,” says Thomson, who received the 2018 DBA Distinguished Teaching Award.

Lindsay Kirton ’14, an associate at Hunton Andrews Kurth in Dallas whose practice is focused on capital finance and real estate transactions, calls herself “lucky and blessed” to have been in Dimond’s LARW and Negotiation sections, and to have been exposed to her “counsel, passion, and adventurous spirit.  I learned so, so much from her as a student, personally, and professionally as an attorney.”

Dimond says she is proud of the early work she did with Newman, Wettach, and Rice, to reconceive how legal writing could be taught and how the program has continued to develop, as well as her contributions to maintaining the strength and relevance of the Negotiation course. But she says it was opportunity to forge connections with students “that kept me going every day,” and excited about teaching until her last day in the classroom.

“Every time you do an exercise with a new class of students, new things happen and students have different experiences,” she says. “It never got boring and was very energizing, really. It’s been very gratifying to be able to work with students and learn from them and to be able to help them a little bit.” Her faculty colleagues, she adds, have also been “beyond belief. I can’t tell you how happy I am to have had such a long career at Duke.”