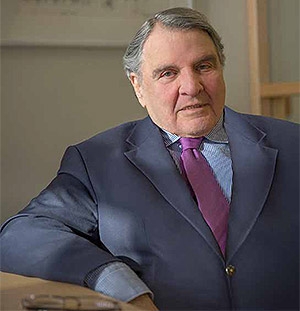 The Wrongful Convictions Clinic has received a $1 million commitment from William Louis-Dreyfus ’57, T ’55 to continue its work on behalf of North Carolina prisoners with claims of actual innocence. The gift will fund a variety of operational needs, including research and travel to investigate cases, retaining of expert witnesses, DNA testing, and the development of legal strategies and filings.

Louis-Dreyfus is a noted philanthropist, whose extensive contributions to the Law School include an endowed scholarship in his name and support of the John Hope Franklin Chair in American Legal history. He is the former CEO of the Louis Dreyfus group, a French conglomerate founded by his great-grandfather in 1851.

“The work of the Wrongful Convictions Clinic is so important to the goal of a justice system that functions properly and fairly for all. We know that mistakes are made with tragic consequences. Our clinic gives students the opportunity to right some of these wrongs and learn important lawyering skills as they do so,” said Dean David F. Levi. “This extraordinary gift from William Louis-Dreyfus helps us provide a first-rate clinic that educates our students, contributes to our understanding of why wrongful convictions occur in the first place, and serves the justice system here in North Carolina.”

There is nothing more important to the health of a democratic society than the proper application of justice.”

Clinic co-directors James E. Coleman Jr., the John S. Bradway Professor of the Practice of Law, and Clinical Professor of Law Theresa Newman ’88 said the contribution will play a crucial role in supporting the clinic’s ongoing operations. A $1.25 million start-up grant from Duke University, which was originally slated to fund the clinic for five years, has been stretched for seven, and a federal grant that has supported its work could run out this fall. “This gift reflects Mr. Louis-Dreyfus’ longtime commitment to both the pursuit of justice and legal education,” said Coleman.

Added Newman: “For us this gift couldn’t have come at a better time. We are very grateful to Mr. Louis-Dreyfus for recognizing our great need and making such a generous donation to Duke Law School.”

The clinic has won exonerations for five individuals since 2010, including, most recently, Michael Alan Parker, an Asheville man who was serving eight life sentences for crimes he did not commit, including child sexual abuse. Wrongful Convictions Clinic students, faculty, and alumni worked on Parker’s case for over three years after being contacted by his attorney, Sean Devereux T ’69. Parker was released from prison on Aug. 26 after 22 years of incarceration.

Make a gift to the Duke Legal Clinics

In addition to the Wrongful Convictions Clinic, the Duke Legal Clinics are:

The clinic previously helped overturn the conviction of LaMonte Armstrong, who had served 17 years in prison for a murder he did not commit. The charges against Armstrong were later dropped, and he received a full pardon of innocence from N.C. Gov. Pat McCrory.

Currently, the clinic has about 20 cases in various stages of development, including three cases being investigated by students in Duke’s Innocence Project. The growth of the caseload has created an enormous demand on the clinic’s staffing and budget, especially as many of the cases are heading back to court because of prosecutors’ reluctance to consider post-conviction claims of innocence.

“We’re becoming more of a litigation clinic than an investigative clinic,” said Coleman. “The more litigation that we do, the more that litigation management and supervision become really important.”

And, for the first time, with the advent of touch DNA, the clinic has begun to employ DNA testing in its cases. Touch DNA, which refers to the skin cells left at a crime scene, may open up new avenues to exoneration for clients, even in the cases that have already been investigated. But the technique is still relatively expensive, creating difficult choices as to when it can be used, Newman said.

“We’re taking a second look at a lot of cases, and now thinking in every case, ‘Can we get a test?’” she said. “We don’t want this to be a financial decision. We would like to test everything that we need to test.”

The clinic also hopes to expand its work with Duke Law’s Center for Criminal Justice and Professional Responsibility to prevent wrongful convictions from happening in the first place. In March, the center presented a symposium on evolving trends in forensic science which attracted about 150 practitioners to the Law School.

“We want to have an ongoing programmatic element that’s aimed at lawyers on the front end of the criminal justice system,” said Lecturing Fellow Jamie T. Lau ’09, who teaches in the clinic and serves as supervising attorney.

“The bottom line is there’s just so much need,” said Newman.

Added Louis-Dreyfus: “There is nothing more important to the health of a democratic society than the proper application of justice.”