Carolyn McAllaster, the Colin W. Brown Clinical Professor of Law, will receive the North Carolina Justice Center’s 2018 “Defender of Justice Award” in the area of policy research and advocacy on June 8 at the Carolina Club in Chapel Hill.

Charles Becton ’69 will be honored at the same event with the Justice Center’s “Lifetime Champion Award.” 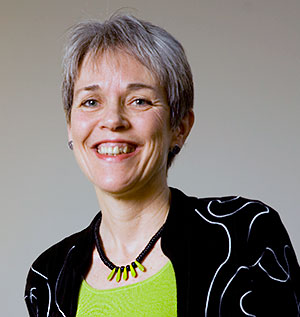 McAllaster is being recognized for her longstanding advocacy on behalf of people living with HIV and AIDS in North Carolina and beyond. The founder of Duke Law School’s Health Justice Clinic — formerly the AIDS/HIV and Cancer Legal Project — and director of the HIV/AIDS Policy Clinic, McAllaster also serves as project director for the Southern HIV/AIDS Strategy Initiative (SASI), advocating for increased federal resources to stop the spread of HIV in the South, which has the highest rates of new infection and HIV-related deaths in the United States. She also engages in national and global policy advocacy.

“Carolyn is an inspiration in the research and advocacy field,” said Kim-Marie McLellan, deputy director of gifts and endowments at the N.C. Justice Center. “Her groundbreaking research has led to significant changes for those living with HIV and AIDS. Most impressively, Carolyn began this work at a time when no clinical education program existed at Duke Law School. She transformed her early efforts into an AIDS law clinic at a time when there was tremendous misinformation and fear around the disease.” 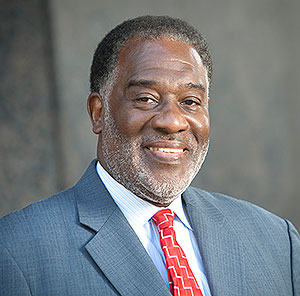 Becton, who enjoyed a distinguished career as a litigator, law firm partner, and jurist on the North Carolina Court of Appeals, taught Trial Practice and Rhetoric and Advocacy at Duke Law for many years before becoming interim chancellor at North Carolina Central University in 2013. After serving in that post for a year, he served a subsequent year as interim chancellor at Elizabeth City State University. Becton, who has taught trial advocacy skills to lawyers in North Carolina and internationally throughout his career, is currently the RJR Nabisco Endowed Chair at the North Carolina Central School of Law, where he also teaches Rhetoric and Advocacy.

McAllaster and Becton are among 11 Justice Center honorees. The Defender of Justice Awards are presented annually to individuals and organizations that have made significant contributions in the fight against poverty in four areas that reflect the scope of the Justice Center’s work — legislative advocacy, policy research and advocacy, litigation, and grassroots empowerment. Clinical Professor Jane Wettach, who directs the Law School’s Children’s Law Clinic, received the Defender of Justice Award for litigation in 2010.