A look back at the top 10 stories making headlines at Duke Law in the last 12 months, including exciting new additions to the faculty, historic diversity in the JD and LLM classes, and new opportunities for students.

Duke Law School’s top 10 news stories cover a wide array of achievements, insights, and opportunities by members of the Law School community, as well as the loss of one of the giants in the field of law. The passing of Professor Emeritus Walter Dellinger III – a beloved scholar, colleague, mentor, and friend – was deeply felt by faculty, staff, students, and alumni.

During 2022, Duke Law added 15 new scholars and teachers to the faculty, encompassing a wide range of expertise and interests; welcomed the most diverse JD class and an LLM class in which women outnumber men; and saw faculty remain on the forefront of trending topics, including cybersecurity, race and the law, and shifts on the U.S. Supreme Court.

Law school may be an intense experience, but for these graduates, it wasn’t just because they had to study hard to pass their first-year classes. Many students make connections that lead to long-lasting relationships and even marriages. When we put out a call for Duke Law love stories, we received plenty of responses. These couples all met while attending the Law School; some have now been married for years, some have children together, and one is even teaching classes here now. In honor of Valentine’s Day, they agreed to share their romantic journeys with us. 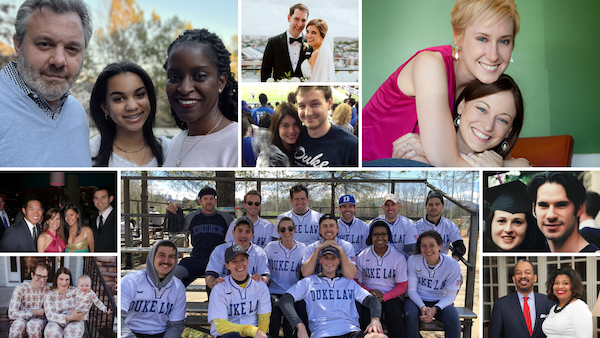 For more than a decade, Mara Revkin has been conducting immersive field research on legal systems and social change in conflict-torn societies in the Middle East and North Africa. Her goal, she says, is to use empirical research to help policymakers and practitioners develop evidence-based strategies to build peace, security, and respect for human rights, and mitigate the root causes of violence and armed conflict.

“Mara Revkin is recognized globally for her exploration of some of the most cutting-edge questions in national security and international and comparative law — from how proscribed groups like IS use governance to gain legitimacy to how human rights violations by governments make populations more sympathetic to these groups to the role of multilateral institutions like the U.N. in developing relevant norms,” says Clinical Professor Jayne Huckerby, who directs the International Human Rights Clinic. “We will benefit immensely from her unique insights on fact-finding, ethics, standard-setting, scholarship, and advocacy on these and more questions.”

Veronica Root Martinez, one of the nation’s foremost academic experts on corporate compliance and the role of monitors, will join the Duke Law faculty July 1.

In 2021, Martinez was appointed to a four-year term on the National Adjudicatory Council of the Financial Industry Regulatory Authority (FINRA).

“Veronica Root Martinez’s work as a scholar has a distinct and innovative focus on structures and processes internal to firms that shape their compliance with law,” says David F. Cavers Professor of Law Deborah A. DeMott. “Her inquiries extend to the roles that lawyers play within these processes. She’s keenly interested in how institutions function — and malfunction — as well as in how the law and regulation might respond. She will add an important new dimension to Duke’s existing strengths in business law.”

Neil S. Siegel, the David W. Ichel Professor of Law and Professor of Political Science at Duke Law School, is serving as special counsel for U.S. Senator Christopher Coons during the confirmation hearings for U.S. Supreme Court nominee Ketanji Brown Jackson. The hearings, held by the Senate Judiciary Committee of which Coons is a member, are scheduled to begin March 21.

Jackson, a federal judge on the U.S. Court of Appeals for the District of Columbia Circuit since June 2021, was nominated by President Joseph Biden on Feb. 25 as his choice to replace retiring Associate Justice Stephen Breyer, who has served on the Court since 1994. If confirmed by a simple majority vote in the Senate, Jackson would be the first Black woman to serve on the Supreme Court. From 2013 to 2021, she served as a district judge for the United States District Court for the District of Columbia. From 2010 to 2014, she was vice chair of the United States Sentencing Commission.

6. Entering JD and LLM classes among most diverse in Law School history

The JD and LLM classes that entered Duke Law School this month are among the most diverse in school history. Students of color account for 44% of the JD class of 2025, the highest the Law School has ever achieved. They include record percentages of Latinx and Asian American students.

The LLM class of 2023 includes the highest number of students from the African continent the program for foreign-trained lawyers has ever enrolled, and women outnumber men among LLMs 53% to 47%.

“I am thrilled to welcome JD and LLM classes that so beautifully embody the values of diversity, equity, and inclusion,” said Kerry Abrams, James B. Duke and Benjamin N. Duke Dean of the School of Law. “We are fortunate to have these talented and accomplished students as members of the Duke Law community.” 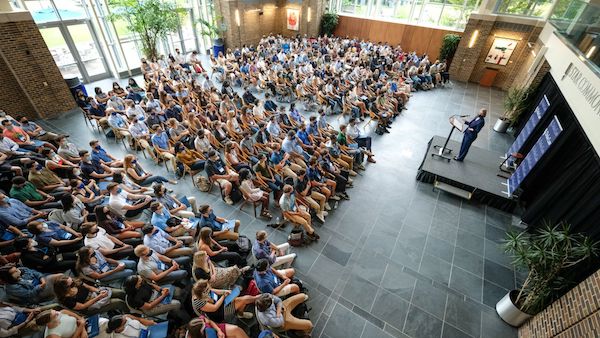 The Duke Cybersecurity Leadership Program teaches executives how to better execute oversight responsibilities, effectively manage risk, and prepare their organizations for the latest cybersecurity challenges. Over the course of three days, participants engaged with a world-class faculty from academia, government and industry on topics at the intersection of technology, law, and policy.

After graduating from Georgetown University in 2017 with a degree in history, Noah Buyon enrolled at Central European University in Budapest for a master’s degree in nationalism studies. It would be an intellectually formative year as the class considered questions of statehood, citizenship, self-determination, pluralism, and globalization in a country wrestling with such issues itself under the leadership of populist Viktor Orban.

“It was a time of enormous political ferment that in many ways previewed some of the upheavals that are going on in this country right now. I had the sense of being present as history was being made,” Buyon says.

Buyon is one of 225 members of Duke Law’s JD Class of 2025, one of the most diverse classes in school history, with students of color accounting for a record high 44% of the class and record percentages of Latinx and Asian American students.

3. Duke Law Podcast | What is critical race theory, and why is it under attack?

When Mengyu Lu LLM ’08 was considering coming to the United States to pursue graduate studies after earning her undergraduate degree at China University of Political Science and Law in Beijing, she wasn’t sure her parents would support her financially.

“They wanted me to stay in China,” she says. “They were afraid that if I went to the U.S., I wouldn’t come back.”

Lu applied anyway and was admitted to Duke Law on the Anna Ho Scholarship. Now a successful and well-respected partner at Kirkland & Ellis in Hong Kong, Lu has made a pledge to endow a scholarship herself, one that she hopes will make it possible for more international students to come to Duke for their LLM degree no matter their ability to pay.

“Over the past 10 years, I worked very hard as a lawyer, and now, I'm running my own practice, so I think it's time to give back,” she says. “I want to help students, because I think there are many students who really need financial support or who are just like me, who want some independence.”

The LLM program at Duke is designed to introduce graduates of foreign law schools to the legal system of the United States and to provide the opportunity to take advanced courses in specialized areas of the law. Typically 90 to 95 students from 35 to 40 different countries enroll each fall.

Dellinger, the Douglas B. Maggs Professor Emeritus of Law, had been a member of Duke Law School’s faculty since 1969. He served as acting dean of the Law School from 1976-78 and retired from teaching in 2007. Duke University will lower its flags on Feb. 17 in Dellinger’s honor.

“Walter Dellinger was a lion of the law, the legal profession, and legal education,” said Kerry Abrams, the James B. Duke and Benjamin N. Duke Dean of the School of Law. “A cherished member of the Duke Law School faculty for more than five decades, he was a true intellectual in addition to being a legendary lawyer and a generous and big-hearted colleague and friend. Our community will miss him terribly.”